With Ubuntu 16.10 Yakkety Yak now very much out, attention will shortly turn to the next release, Ubuntu 17.04.

If tradition holds then the codename for the next release of Ubuntu will be named alliteratively with an adjective and an animal that begin with the letter ‘Z’.

But what on earth could it be?

There’s only one person who can tell us, and that’s Mark Shuttleworth — who will surely be nose deep in a dictionary right about now.

While we wait for the official name to be revealed by Mssr Ubuntu I’d love to hear your educated (and not so educated) guesses in the comments below.

There’s no prize if you get it right (though you will get to sport some seriously smug self-satisfaction for the next 6 months).

Personally, I’d love ol’ Shuttlworth space-face to use the upcoming release to out himself as a scarf-wearing, bow-tie loving Whovian, and name it: Ubuntu 17.04 ‘Zygomatic Zygon’. 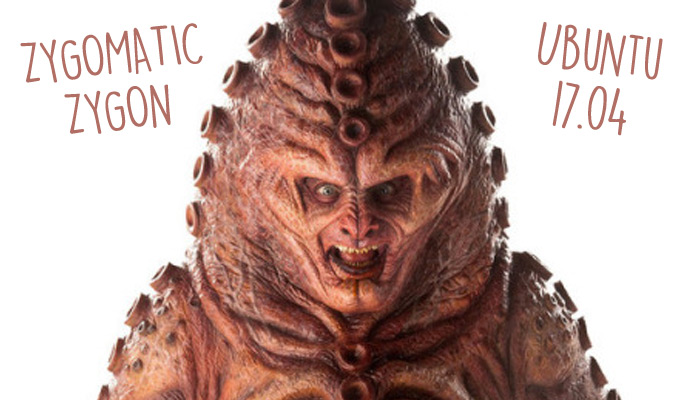 This is (naturally) not going to happen, so the  floor is yours: what do you think Ubuntu 17.04 will be codenamed?

Carl Draper Why would you buy an Ubuntu t-shirt for a specific…
Ubuntu 21.04 ‘Hirsute Hippo’ T-Shirt Now Available to Order

Goyo It is impossible to communicate without assuming some prior knowledge.…
Vivaldi Web Browser Now Has a Built-in Email Client

Tarian Sorry, but this is exactly what I mean by Techies…
Vivaldi Web Browser Now Has a Built-in Email Client