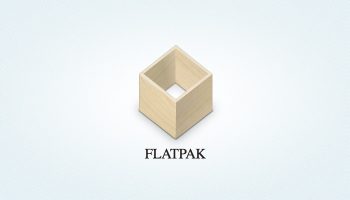 A big update to Flatpak, the fledgling Linux application distribution framework, has been released.

Flatpak 0.6.13 touts a number of “major changes”, including refined commands for installing, updating or uninstalling Flatpak applications and runtimes, letting you install or update multiple apps with a single command.

“Instead of having the branch as a separate argument we now support partial references. If you only specify an id we try to match the rest as best we can depending on what is installed/available, but if this matches multiple things you have to specify more details,” the Flatpak team explains in the release notes accompanying this, err, release.

New Flatpak release out today! It's a big one – lots of new features. https://t.co/Js45nIOxOj

Elsewhere, there framework adds in support for URLs in the remote-add and install --from commands. This means you can install flatpakrefs and flatpakrepos with a single command, and should mean you no longer need to manually download and add a repo file first.

The flatpak run command is now able to launch a runtime directly. “For example, “flatpak run org.gnome.Platform//3.22” will launch a shell inside a sandbox with the gnome 3.22 runtime and an empty /app. This is useful for development and testing.”

Other changes/features in Flatpak 0.6.13 include:

For more information on this release head to the Flatpak Github page.

To install or upgrade to the latest of Flatpak on Ubuntu 16.04 LTS you can use the Flatpak PPA maintained by GNOME developer Alexander Larsson.