In this post (which admittedly is only tangentially related to Ubuntu) we spotlight 7 excellent open source Android apps that you should defiantly install on your Android phone, tablet, or Chromebook.

While this list isn’t a definitive, best-of-the-best rundown by any stretch — plenty of those exist — all of the apps we list are available on F-Droid, as well as on the Google Play store, for free.

No catch, no quibbles.

Looking for a lightweight, open-source weather app for Android? Look no further than Forecastie, a simply designed app that is simple to use.

Foreacstie makes use of the reliable OpenWeatherMap for its data backend, and sports a clean, minimal design. One feature particularly helpful for anyone on a limited or patchy data connection: Forecastie’s weather data downloads are kept as small as possible!

Forecastie is available to install from the Google Play Store using the link below. It works with Android 4.0.3 and up. The app is licensed under GPLv3 and the source code can be found on GitHub.

We’re big, big fans of the DuckDuckGo search engine here at OMG! HQ, but it wasn’t recently that we discovered their (rather awesome) open-source Android App.

As well as letting you search for content the app also shows you “stories [it thinks] you’ll love”. These are hand-sourced news articles from Reddit and other social sources, proffered up inside the app with Readability for fast, fuss-free reading.

DuckDuckGo Search & Stories is a free download. The app is distributed under the Apache 2.0 license. You can glean its source over on Github.

I’m not a particularly big Podcast-y person, but I know that the media format is very popular — doubly-so in the open-source community!

AntennaPod is a wholly open-source podcast manager and player. You get access to millions of free (and paid) podcasts, which range from bedroom broadcasters to professional publications, like NPR and the BBC.

The app lets you download, stream or queue episodes, and has a smattering of additional features to boot, like various playback speeds, chapter support and a sleep timer.

The app is licensed under the MIT license. Its source code can be found on Github.

I think most of use turn to Wikipedia at least once a day, so having the official app on your mobile makes it much easier to reach an answer by reaching for your phone.

As you might expect from such a big free-software proponent, the official Wikipedia app for Android is totally open-source.

Along with access to its stack of 32 million articles the app also offers tabbed browsing, image galleries, “on this day”, content related to your location, and lets you add ‘saved pages’ for quick access later.

Wikipedia for Android is licensed under the GPLv2 and the source is available at Wikimedia Gerrit.

For an open-source alternative to the official Twitter Android app look no further than the super-stylish Twidere. Regularly updated.

Twidere supports all of Twitter’s core features, has a built-in image view, support multiple accounts, automatic t.co link extending, and support for direct messages. The material-design UI won’t be to everyone’s taste, but its rich feature set surely will be!

The app is licensed under GPLv3. You’ll find its source code on Github.

RedReader is a free, open-source Reddit app for Android. It has a clean design, shuns some of the superfluous touches offered in similar apps, and doesn’t track you.

It’s a gesture heavy app. Swipe posts and comments left and right to perform a customisation action, such as upvote/downvote, save/hide, etc.

The app is distributed under the GPLv3 license. You’ll find its source code in this sub-reddit. Just kidding, it’s also on Github.

Open source Imgur client that is jam-packed with features, including account login, upload support, tags and topics, and even a built-in meme generator.

The material design layout supports both phones and tablets, and there’s an optional dark mode for helping reduce power usage/eye strain at night. 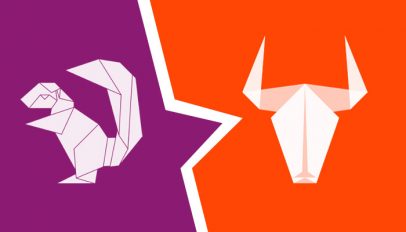 Will You Upgrade to Ubuntu 16.10 Next Week? (Poll)
Read Next