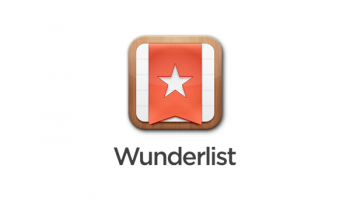 Wunderlist is one of the most popular to-do apps available anywhere but it doesn’t offer a native Linux app.

This wasn’t always the case. Back in 2011 the task-management service released Wunderlist for Linux, a native app that was available to install through the Ubuntu Software Centre.

Wunderlist for Linux worked well …until it didn’t. The app was sadly abandoned. And despite talks in 2012 of bringing it back no official alternative has so far appeared.

All is not lost, though.

Microsoft bought 6Wunderkinder, the company who make Wunderlist, last year. As with Skype for Linux Alpha, we may see them release an Electron-based version of the web-app for Linux.

In the meantime the Wunderlist website is the current “recommended” way to use the service on Linux.

But there is an alternative…

Wunderline lets terminal obsessives organise their tasks and to-dos on Wunderlist using text-based input and nothing else.

The third-party command-line interface is created by Next and based on Node.js and Node Package Manager (NPM). It works anywhere that NPM does.

Naturally you need to have a Wunderlist account (which is free), and you will also need to jump through some app authentication hoops to get an Access Token and Client ID.

First, install the source for Node.js (if you don’t already have it) by running the following command:

Next, install the latest nodejs package:

Once installed you will need to log in. To do this run:

and enter the Client ID and Access Token you noted down earlier.

A comprehensive list of Wunderline commands, e.g., add task, remove task, view by date, starred, etc., and their usage can be found on the npm package page, the Wunderline website and the GitHub project page.

A big shout out to reader Dennis S, is due here. Dennis not only mailed in about this app but wrote a good chunk of the installation instructions for us — which we super appreciate!

Home » Apps » How To Use Wunderlist from the Command Line