You don’t need to tell me. I know it already: you’re sick of hearing about Spotify on this site.

But be a champ and suck it up, cos I’m back with another app, one that lets the world’s most popular (citation needed) music streaming service play nice on Ubuntu.

It’s called Spotify Web Player for Linux and, yup, it’s a Node.js/Electron application. If you’re in any way allergic to apps built using these open-source tools/platforms you still have time to run for the hills.

More Than a ‘Web Wrapper’ 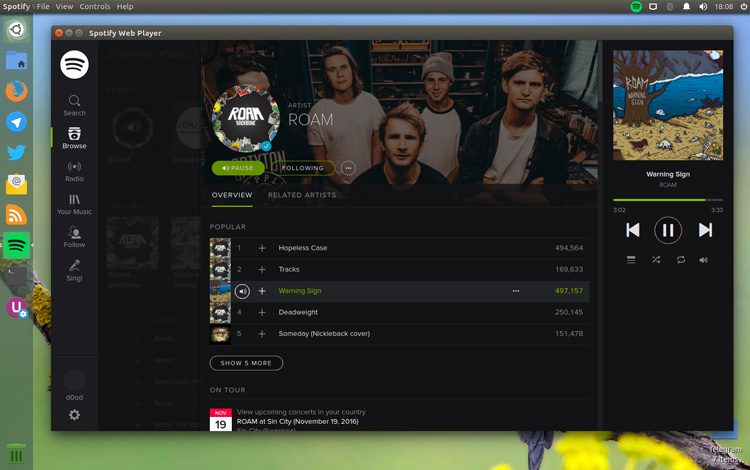 Our article on SpotiWeb last week was originally intended to be about this app, but the lack of a 64-bit version put paid to that.

Fast forward one week, and a whole heap of commits later, and not only is the app rocking a 64-bit installer, but it’s also gained a chorus of new features.

And some of them are really worth checking out.

Spotify Web Player for Linux is built by Matthew James and is currently in alpha.

Yes, it’s an Electron app wrapping the official Spotify for Web player, which launched back in 2012, into a neat and tidy desktop box.

Yet it throws enough percussive bells and whistles into the mix to be so much more than that.

Sure, you can just load Spotify web player in a new browser tab and use it there.

But you wouldn’t get all this:

D-Bus/MPRIS control was recently added (though this doesn’t currently work on 64-bit builds but works just dandy for 32-bit users) to offer desktop notifications, music player controls, and the like.

A chorus of configuration options allow you to cater the experience to suit your needs, including granular control over when you see desktop notifications, and what for; how the app should behave when set to open at login (hidden or on show), and you can also disable the system tray if you don’t like the clutter.

The interface tweaks alone are well done, and the included light theme is a nice touch: 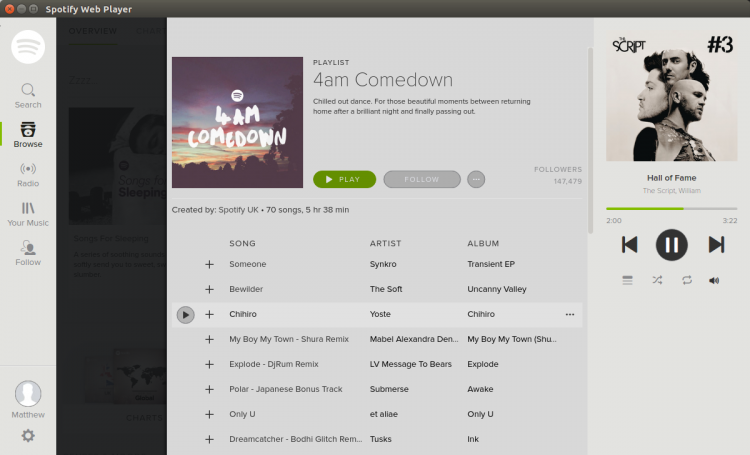 See those links in the sidebar? You can get rid of ’em if you want. From from your account profile to ‘radio’ and the pointless ‘follow’, you can choose which bits show up and which stay hidden. Just dive into the Preferences to go tailor it to your tastes.

A few months back the official Spotify desktop app lost its built-in lyrics feature, as Spotify’s deal with MusixMatch came to an end.

‘Spotify Web Player for Linux’ brings lyrics back to Spotify. When listening to a track you want to croon along to just hit the ‘Sing!’ button in the sidebar. Lyrics are also cached to save bandwidth. Should you need ’em, you’ll can find ’em in ~/.spotifywebplayer/LyricsCache).

If you want to try it out (if you’re a Spotify fan, you really ought to) download the latest alpha release from the GitHub project page.

Developer Matthew James cautions that “this isn’t production-ready but since most people who have looked at my application are helpful and quite techy, I have been able to make significant progress – partly why I love Open Source. Some bugs are present at this stage but this is always the case.”

Download the latest release of Spotify Web Player for Linux

If you think you could zone in on and help fix the broken dbus issues on 64-bit Ubuntu, or any other bugs you encounter, do get involved via the project’s GitHub page.

Learn more about ‘Spotify Web Player for Linux’ on GitHub 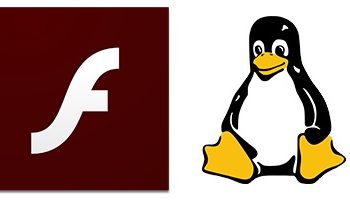