This can make it hard to tell if they’re currently active or not and result IN ACCIDENTAL  CAPS Lock situations.

Over the years developers have created small apps for Linux desktops that try to tell you when caps, num or scroll lock are active or inactive. Among the best known is Indicator-Keylock, which can also displays on-screen notification bubbles.

Such applets are very useful for touch typists and people who want to keep their focus on the screen and not have to keep glancing down at their keyboard to spot if the indicator LED is on or off.

But maybe you’ve tried it and found it lacking. Maybe you’d rather see an omnipresent indication, so that you can tell if you’ve smudged the caps lock by accident.

If so, there’s a new alternative for you to try.

Obviously this isn’t the sort of indicator that everyone is going to have a use for. In fact, it’s pretty much only useful if your keyboard lacks LED indicators for Caps Lock, Num Lock and/or Scroll Lock.

You can use the indicator menu options to toggle lock keys on or off using your mouse. This feature might be handy if your keyboard lacks a dedicated scroll lock or has missing buttons where the lock keys should be!

To use it first install the dependencies:

Now download the Indicator from GitHub. Then, extract the folder once the download completes and run it manually (to check it works, you can add it to your start-up preferences later):

You can use command line flags to change the appearance or order of the labels, passing --short for single-letter labels, and --order followed by any arrangement of C, N and S for a custom layout.

Fore example,  to only display the status of number lock and caps lock, but with a truncated label, you’d run: 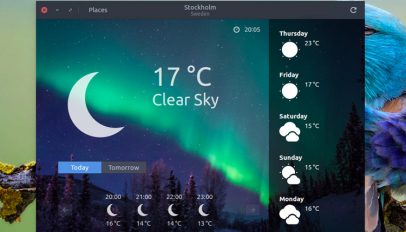