Uhh, this is a weird one.

Adobe has announced that it plans to start supporting  Adobe Flash for Linux — 4 years after it abandoned Flash on Linux.

Back in 2012 the company said it would not make newer versions of its NPAPI Flash player plugin available on Linux and would only provide security updates for Flash Player 11.2 until 2017.

But, in a small announcement made on its blog last week, Adobe has done a u-turn on both decisions, and provided a beta build of Adobe Flash 23 for Linux.

Yup, Adobe has announced that it is to resume support of the NPAPI Flash Player plugin on Linux.

Furthermore, it will not stop providing security updates in 2017 as previously announced: “in the past, we communicated that NPAPI Linux releases would stop in 2017. This is no longer the case”, they write.

A new beta of the NPAPI plugin has been made available to download. While it won’t work in apps that have deprecated or removed NPAPI plugins (like Google Chrome) it should play nice in Mozilla Firefox and other apps.

Adobe says it plans to regularly update both the NPAPI and PPAPI versions of Flash Player for Linux.

See, while Adobe plans to keep these new builds up to date and in sync with major releases on Windows and Mac, it doesn’t plan to support or add any advanced features and capabilities, like DRM, GPU acceleration, Stage 3D, etc. to the NPAPI version on Linux.

Those of you seeking that level of functionality are advised, say Adobe, to use the PPAPI version of Flash Player.

Why has Adobe done this?

Adobe says it is “… moving [the NPAPI Linux Flash player plugin] forward and in sync with the modern release branch” to “improve security and provide additional mitigation to the Linux community.”

Which is a mature response — it’s never easy to (sort of) admit you were wrong!

They go on to describe this change as “…primarily a security initiative” and say the “new NPAPI build represents a significant step forward in functionality, stability, and security.”

I Think I Already Run New Flash on Linux?

If you use Google Chrome, you do!

Linux users have been able to use an up-to-date version of Flash (built as a PPAPI plugin) thanks to Google, who ship it as part of Google Chrome and Chrome OS by default.

Many Linux distributions, including Ubuntu, offer a “helper” package that downloads Chrome, extracts the PPAPI Flash plugin, and makes it available for other applications to use.

You can download binaries of the NPAPI Adobe Flash player beta from the Adobe Labs website. These are available as 32-bit and 64-bit binaries only (not an installer package) and are said to not work with Fedora (or Fedora-based distributions).

For more on Adobe’s u-turn check out this post on the official Adobe Flash Player blog. 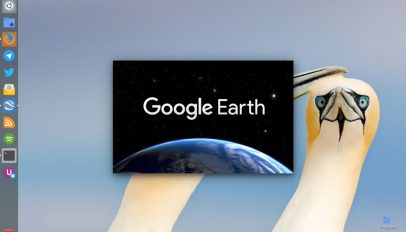