The first stable release of KDE Connect has been released.

Described as “the most solid yet feature-packed version we ever released,” the update features a number of new features.

“KDE Connect now uses TLS sockets instead of RSA private-key encryption,” the official release announcement explains. “This is not only safer against replay and man-in-the-middle attacks, but also faster and less battery-consuming to compute on your devices.”

You can now reply to text messages from your desktop. When you receive a text message on your mobile device you’ll see notification on your desktop. Click the (new) ‘Reply’ button to text back without having to unlock, touch or even look at your phone.

The feature needs to be toggled on in both the Android app and in the KDE Connect desktop app. You can even choose which notifications are forwarded to your phone, perfect for not drowning in a sea of desktop music player track change alerts!

Lastly, but by no means least, you can trigger custom commands on your desktop from your phone. You’ll need to set up the commands in the KDE Connect desktop settings, but then you can launch them using your phone.

For example, you may launch an apt-get update, open Clementine or Spotify, or send your desktop to sleep.

It may be possible to download and install the installers from this PPA and use them on Ubuntu 16.04 (with Plasma 5) if you’re also using the KDE Backports PPA, but I haven’t tested this.

You’ll also need to install the latest version of the KDE Connect Android app on your smartphone or tablet. This is available from F-Droid and from the Google Play Store: 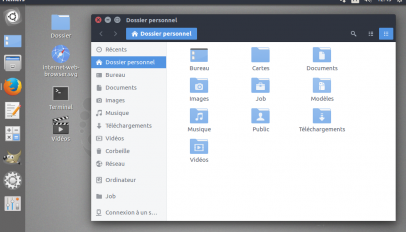