It’s time to wave a wistful farewell to the Wily Werewolf, as Ubuntu 15.10 support ends today.

Yup, those of you still using Ubuntu 15.10 on a laptop or desktop PC will receive no further security updates, critical fixes, or new packages from the main Ubuntu archives as of July 28, 2016.

Done. Dusted. Ditched. Canonical has taken a silver bullet to its wearisome werewolf.

But will it be missed?

What Wily Wasn’t Was Pretty Much All It Was

Ubuntu 15.10 is the most recent stable non-LTS release and has enjoyed a nimble nine-month run.

A modest release, the Wily Werewolf saw no body-popping, shirt-ripping changes. It did ship with improved version of the Unity desktop, introduced new scroll bar behaviour, and added native support for the Steam controller.

But that was pretty all there was to the release outside of updated packages. What Wily wasn’t was pretty much all it was.

The number of users still on this version of Ubuntu is unknown. If you’re still running it on your desktop you’re advised to upgrade as soon as is convenient.

But don’t panic: your desktop won’t suddenly stop working. Ubuntu will continue to run as normal, and you may continue to receive updates from third-party software distributed through private repositories and personal PPAs.

But it’s unlikely that this support will remain long-term.

Since 2013 all non-LTS  (‘Long Term Support’) Ubuntu releases receive updates for 9 months. For LTS releases the support cycle is 5 years. Ubuntu 16.04 LTS, released back in April, will stay supported well into the next decade. 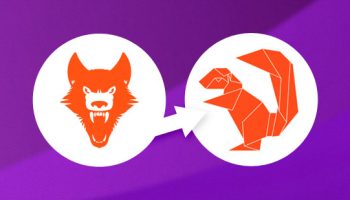 This will help to protect you with the latest security notices, nix any critical bugs to crop up, and ensure that you can get the latest versions of key apps like Mozilla Firefox.

The recommended upgrade path from Ubuntu 15.10 is to 16.04 LTS. Use the Software Updater application to handle this transition.

Or, if you’re more comfortable with the command line, issue the following command to upgrade Ubuntu 15.10 to Ubuntu 16.04 directly:

What are you planning to do now that official support has ended?

Share your thoughts with us in the comments, or by voting in the poll below. Not that you do not run, or have never run, Ubuntu 15.10 you do not need to vote.