Shake your umbrella in my direction if you can remember an app called ‘Stormcloud’.

Stormcloud was a desktop weather app for Linux with some serious visual appeal.

And between 2012 and 2013 Stormcloud enjoyed major success on the Ubuntu desktop.

What’s unique about Stormcloud is that it wasn’t free. It cost a modest $2.99¹, yet topped the Ubuntu Software Centre sales chart for six months running.

While this weather app didn’t set out to reinvent the wheel — there were no OpenGL-powered weather effects blown across your screen — it did what it did well: offer a competent crop of customisation features, show weather forecasts, and offer some neat desktop integration.

But being one of the best selling apps on Ubuntu didn’t stop it vanishing faster than the smell after it rains.

A Typhoon Sweeps In

By 2014 Stormcloud was fighting a storm on several fronts, including dwindling sales, platform and app approval hurdles, and, more deadly, Yahoo! Weather API changes that affected the app’s ability to do its core task: display weather forecasts.

And although the app has sold well compared to other paid Linux software of the day, the Ubuntu sales figures themselves didn’t lead to a life of luxury for its developer, Jono Cooper (aka Consindo), who was a New Zealand high-school student at the time. The couple hundred bucks it netted were welcomed, but not enough to sustain development in the long term.

As other priorities took hold in Jono’s life, such as huge success with a cross-platform, cloud-syncing note taking app called Nitro tasks, Stormcloud was simply left to the winds.

But that’s not where the story ends.

Not willing to see a good app die, Archisman Panigrahi forked the Stormcloud source code (despite being a paid app Stormcloud was always open-source).

The result was an entirely free version of Stormcloud called ‘Typhoon‘.

Everything was sun and smiles again until earlier this year when, alas, location and forecast APIs pulled Typhoon offline too.

That brings me to the point of this post: great apps don’t have to die.

It’d be great to see someone step up and fork Stormcloud (or Typhoon) again, and give the app a third lease of life on Linux.

Sure, we have the GNOME desktop weather app, and, sure, it’s okay. But I don’t really want to run a fully-fledged app simply to see weather forecast delivered in a vaguely pleasing way.

So this post is more than just a backwards glance at a one-time well-known app: it’s a polite PSA too.

If anyone out there is familiar enough with location detection and forecasting APIs (e.g., Forecast.io, OpenWeather Map) and has a bit of basic Python or JavaScript knowledge, why not spend a weekend patching this up to cast a little sunlight into a few lives?

Maybe make it a Snap app so that it can run on any Linux distro?

1  The minimum price an app could sell for through the Ubuntu Software Centre, though you could buy an unlock code for $1.99 via Paypal.

Home » Apps » Do You Remember the Stormcloud Weather App? 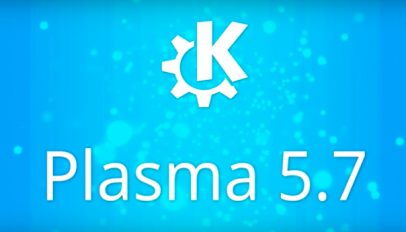