Some users of Gedit who upgraded to Ubuntu 16.04 LTS have been left unimpressed by the text editor’s new compact design.

Gedit 3.18 is included in the base install of Ubuntu 16.04 LTS desktop but lacks the fully-featured toolbar of Gedit 3.10 that previous LTS users were accustomed to.

The goal of the new-look Gedit is to: “…create a modern, slicker interface which wastes less screen estate and lets you focus on the text or code you are writing. No features were harmed in the making of this new UI.”

For some, this layout change, however well intentioned, interferes with learned workflows.

Get the Gedit Toolbar Back

ABCUser asked the following question on the Ubuntu Forum (emphasis mine): “I used Ubuntu 14.04 LTS where Gedit looked fantastic having excellent toolbar. Now I installed Ubuntu 16.04 and there is minimalistic toolbar which is pretty much not really useful. How to get back toolbar in Gedit? (sic)”

The solution to this issue has been sent our way by reader ~grof — cheers! It involves adding a third-party PPA (don’t groan; usual caveats apply) that uses some clever packaging to trick Ubuntu into ‘upgrading’ the newer version of Gedit to an older version of Gedit.

I do not suggest that everyone reading this follows this “up-downgrade” on a whim. But those of you for whom the new version isn’t suited and want it, here’s how to install Gedit 3.10 on Ubuntu 16.04 LTS:

This removes the existing version of Gedit and replaces it with the older version.

There are no promises that it won’t, mind, so keep an eye on which updates you install in the near future.

To downgrade (!) to a newer version use the PPA-purge command:

Don’t want to add a random PPA and/or install an older version of Gedit?

No worries; there’s an equally sound solution to getting an old-school version of Gedit back: install Pluma from Ubuntu Software.

Pluma is a MATE fork of Gedit from the GNOME 2 codebase. Learn more about it on Github.

How To Pro User gedit 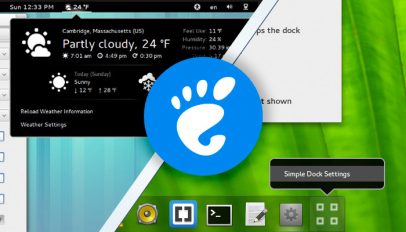