There are a number of ways to use Twitter on Ubuntu Phone, including a somewhat sub-par Twitter Scope and a somewhat decent Canonical-maintained web-app.

But the latter of these options currently lacks class. Last updated in February, the app currently has a user-agent issue that serves Ubuntu Phone users with an older, bare-bones Twitter mobile UI.

Twitter recently revamped its mobile website to better match the look of its native mobile apps for Android and iOS.

But Ubuntu users needn’t miss out.

Salta maintains a number of different projects for the Ubuntu Touch platform, including a Command Line Scope and RSS Reader Scope.

Sadly it doesn’t come with all of the system integration the ‘official’ app does. You’ll get no notifications of new @mentions or DMs, and can’t auth through Ubuntu Online Accounts, even if your Twitter account is already added.

If you’re an avid Tweeter and have an Ubuntu Touch device do give it a try and let us know what you think of it. 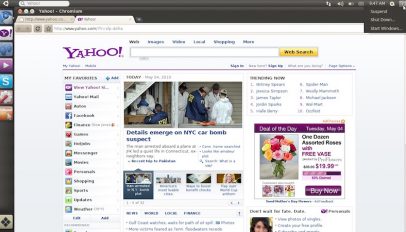 Do You Remember Ubuntu Light?
Read Next