As the founder of a website dedicated to all things Ubuntu you might assume me to be fairly non-plussed when I see people use it.

And, right now, as I type this, I feel surprised.

I’m not exactly sure why.

With an estimated 40 million Ubuntu users worldwide¹, a large concentration of whom also live in Europe, seeing someone using Ubuntu ‘in the wild’ shouldn’t amaze me.

I also happen live in a city with a Linux-powered meteorological office, a university with a high proportion of hipster students, and there’s dedicated computer technology campus nearby.

‘With 40 million Ubuntu users, the chances of coming across someone using Linux in the wild is not small’

Simple put: the chances of me coming across someone using Linux in the wild is not small.

If you follow me on Twitter (and if you do, I apologise) then you’ll probably be aware that I work from a (very nice) cafe in town during weekdays. It’s helpful to get out of the house, and not find myself distracted by an army of cats we have.

Half of the words you read on this site a week are drafted, dreamt up and bludgeoned into my keyboard over a hot soya mocha and an oatmeal and raisin cookie. It’s amazing what a mix of caffeine, sugar and societal awkwardness can do for productivity.

So what prompted this article?

‘Someone is using Ubuntu. Proper Ubuntu. The Ubuntu I write about. And that person isn’t me.’

A lady at the table in front of me is running Ubuntu on her laptop.

It was the sight of the Dash unfurling from its cosseted corner that caught my eye. The animation is so very familiar to me and yet the sight of it in public is not!

A weird moment: someone in my haunting place is using Ubuntu. Proper Ubuntu. The Ubuntu I write about. And that person isn’t me.

It’s not the first time I’ve encountered Ubuntu in the wild, but it never doesn’t feel weird when it happens.

Beyond the fanboy whoops it reminds me that we’re all real people using Linux to do real things in our real, everyday lives. An inconsequential fact, but one that’s rather marvellous to realise.

That’s it. That’s my story: I saw someone use Ubuntu in “my” den of caffeine-indemnity, someone who wasn’t me.

I don’t expect this will be the last time I see Ubuntu in the wild — but I do expect that I’ll feel surprised when I do!

Have you seen someone use Ubuntu in public before? Have you ever said hello? 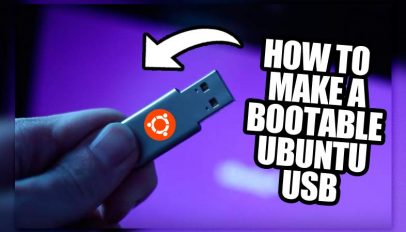 How To Make a Bootable Ubuntu USB on Windows, Mac and Linux
Read Next