Are you a Meizu MX4 Ubuntu Phone owner who hopes to take advantage of Ubuntu convergence?

If so, prepare yourself.

You’ll already know that you can not use a cabled connection to output your phone’s screen to an external monitor. This is because the MX4 doesn’t support HDMI or MHL connections at the hardware level.

You may be pinning your hopes on wireless display technologies like Miracast, which would let you ‘connect’ your phone on a bigger screen through the power of Wi-Fi.

Ubuntu developers are already actively working on display casting support for the Meizu Pro 5 Ubuntu Edition, but the MX4 is left out in the cold.

Canonical state that they have “no plans” to support wireless display functionality on the MX4. 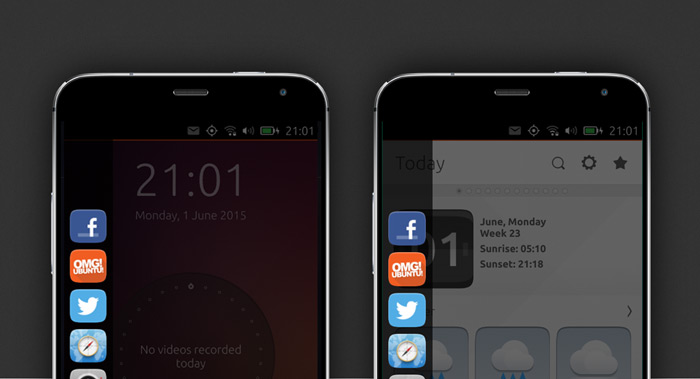 The statement comes in response from a Meizu MX4 owner who asked if ‘this kind of convergence for MX4 it’s under development for future implementation’ (sic).

“Unfortunately we have no plans at this time, as canonical, to ship wireless display support for the MX4. At the moment our prototype requires an Android 5 BSP, and we don’t have one of those for the MX4.”

Support is hampered by the Android side source code for the MX4 being unavailable to the public.

It’s a shame; the MX4 with its 2GB RAM and eight-core ARM processor is equipped to offer a capable, if not stand-out, pocket desktop experience.

The MX4 Ubuntu Phone can switch to a traditional ‘windowed’ desktop mode if you connect a bluetooth mouse and keyboard.  But as rich as the high-res 5-inch screen is, it’s makes a less than ideal porthole on productivity.

All is not lost, however.

Canonical’s Simon Fels adds that “back porting the MediaCodecSource to an Android 4.x tree is the first step” to enabling wireless display capabilities on the MX4. This task could, he notes, be handled by the community.

Owners of the (comparatively low-powered) Bq E4.5 may have more luck in the future. Bq already sells the device devices with Android 5.0 which Ubuntu may, in theory, be able to take advantage of to support wireless technologies.