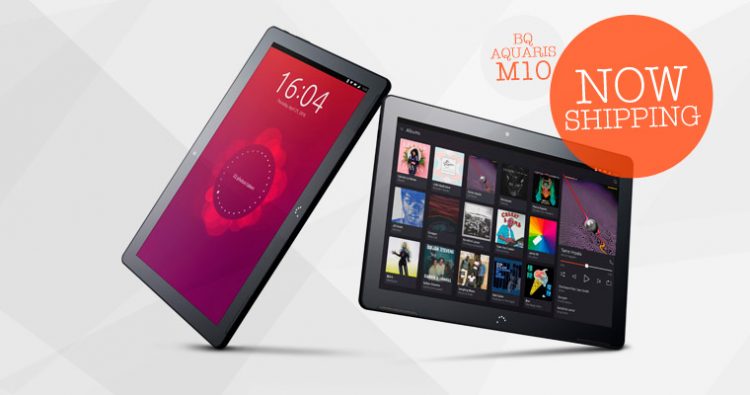 Yes, if you pre-ordered one of the Ubuntu-powered slates from Bq last month you’ll want to keep an eye your email address over the coming days.

A number of you have already been in touch with us say you’ve received a dispatch notice from the company:

@omgubuntu my M10 will be shipped today :)

We’ll conveniently gloss over the minor confusion about shipping dates that we reported on last week (the tl;dr being part typo, part mis-informed customer service rep) and instead focus on the  positives.

It’s crazy to think it’s only been just over three years since Farran Lee and I were in a room with Mark Shuttleworth to witness the start of all this.

Now, four smartphones and growing community of early adopters later, it’s just as exciting to see next stage getting underway.

On that note, the tablet can still be bought from the Bq Global store, with prices starting at €249.

Let Us Know Your Thoughts

Are you one of  the thousands of Ubuntu users who’ve pre-ordered an M10 tablet? If so, I’ve an ask.

I can’t afford an M10 of my own (yet, blub!) and Bq are not loaning us a review unit (as is their wont, double blub!) so there’ll be no hands on this from us.

But while we look forward to reading the slew of reviews sure to arrive from mainstream tech publications who are lucky enough to get loaner devices we’re actually more interested in what you make of it.

Because you know your stuff.

But Ubuntu devices are aimed squarely at the early adopters and enthusiast crowd, those of us happy to grapple with rough edges and not miss any missing features.

Bob Reviewer for WebTechSiteDotWhatever may be the go-to Linux guy cos he writes the twice yearly Ubuntu review, and he may well enjoy his two hour hands on with the tablet.

But will he highlight, flag or notice some of the smaller, but critical, touches that you and I care about?

As such we’re eager to hear your first-hand opinions on the world’s first real Ubuntu tablet.

We look forward to hearing your thoughts on everything from the build quality of the M10, the screen quality (both HD and FHD) and how well the tablet functions in the much-hyped ‘convergence’ mode.

Perhaps we could even assemble your opinion, tweets, photos and videos in to some kind of crowd-sourced review? Would you be interested in that?