The minimalist game is a late addition to the latest games selection offered through a pay-what-you-want model.

But don’t let the simple graphics fool you: this game is pretty standout. Polygon writer Ben Kuchera even made it his game of the year 2014, calling it: ‘a masterpiece of simplicity, feeling and flow.’

Duet is even better value for money when you consider it has 100 story stages, 3 endless modes, 3 speed run modes, plus daily challenges and bonus ‘hardcore challenges’.

You can see a small clip of Duet in the video below.

Forced casts you “…as slaves in the toughest fantasy gladiator school of them all, condemned to fight to the death, all the while attempting to win your freedom.”

The Humble Indie Bundle 16 is available for another week. 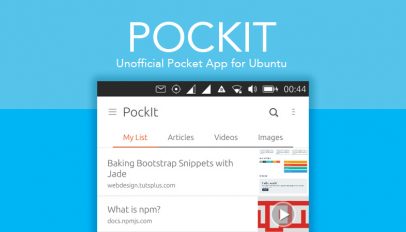 PockIt — A Free Pocket App for Ubuntu Phone
Read Next