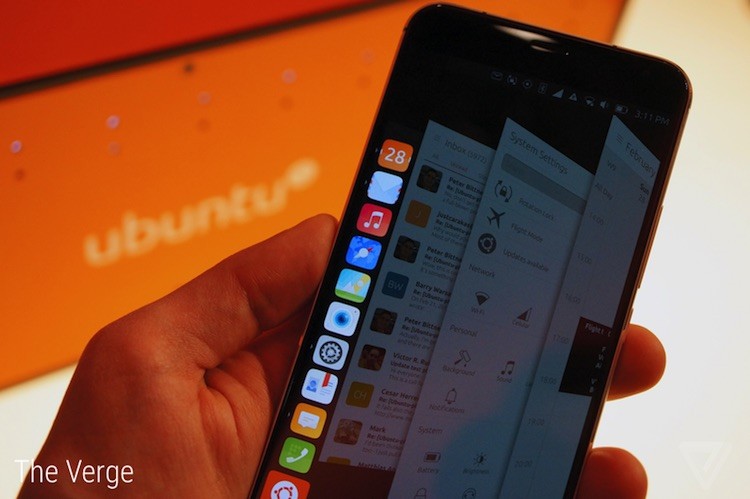 That was the only word I could mutter when reading the The Verge‘s in-field review of the new Meizu PRO 5 Ubuntu Edition handset, the latest Ubuntu smartphone and currently gracing the floor at Mobile World Congress 2016.

Do I feel a sharp sting of disappointment? For sure, but I’m not surprised either. Both the Bq Aquaris E4.5 and Meizu MX4 Ubuntu phone was greeted by similarly cool enthusiasm during their respective debuts last year.

Verge reporter Vlad Savov has been hands-on with the “world’s most powerful Ubuntu phone” and he’s not hugely impressed.

The tone of his review is set by a headline you can’t help but read with a mental sigh: “The most powerful Ubuntu phone is still not good enough”.

The deck rams it home: “The Meizu Pro 5 has the Galaxy S6’s processor, but not its performance.“

Parity with competing platforms is forever the yardstick used to beat Ubuntu. In a world dominated by Android and iOS, expectations about any upstart mobile OS from any software vendor is going to be suitably high.

Too high to ever be met, perhaps?

The Hardware Is Praised…

For $370 of your hard-won dollar you get a high-end device rocking an eight-core processor, 3GB RAM and 32GB storage.

And on this front The Verge has praise, saying:

“It’s as modern and good-looking as any smart phone out here at Mobile World Congress.”

…But the Software Is Not

The site is, however, less impressed by the current state of the Ubuntu software. They caution:

”But [this phone] runs Ubuntu, and that makes it too much of an underdog …the mobile Ubuntu is simply not flagship-tier software.”

The crux is we all know it’s not (yet) flagship-tier software. It’s why Canonical has yet to partner with a network carrier to offer Ubuntu Phones to consumers, and why you won’t find any of its phones or tablets stocked in your local electronics store.

The phone (and tablet, to a large degree) remain very much a niche interest developer tinkering tool. Just a tinkering tool that is maturing fast.

“The Pro 5 Ubuntu Edition is frustratingly slow …[It is] slow to respond to taps and doesn’t register every input reliably. This disappoints me because I’ve been waiting a long time to finally see the promise of Ubuntu’s unique mobile interface executed on a top-tier smartphone”, Vlad writes.

“If only the Ubuntu software on board could also match iOS for speed and fluidity, I’d be recommending this as a refreshing change from the monotony of Android domination here at MWC.“

Apps (or rather the lack of apps) was another point of contention:

“Other than the essential basics like a web browser, email client, Here maps, and a few messaging clients like Telegram, Ubuntu has almost no app ecosystem. It’s not attempting to create one, either, as its big point of distinction from Android and iOS is that it has so-called Scopes that collate information and content from online services into customizable streams. Instead of a Soundcloud app, you just get Soundcloud content pumped into your Music Scope.

”This has always been an intriguing concept, but I’ve never seen it executed well, and the Meizu Pro 5 doesn’t do anything to alter that situation.”

As we were not included in the press briefing for the Meizu PRO 5 release we weren’t able to personally ask questions about the current development status of the Pro 5 builds.

Canonical is telling MWC attendees that the version running on the phone is still in development and not final.

But this doesn’t relieve the disappointment for Vlad:

”Canonical points out that it’s not finished software yet, but at the same time it’s advertising the phone as ready to preorder (which is actually just a sign-up page on Meizu’s website that will alert people when the Pro 5 is available to buy in March).

You would hope that the software being demoed on a device at one of the world’s biggest technology events was smoother — but you can’t only plan so far ahead, I guess!

”I want to believe that Canonical can optimize everything and bring the user experience up to the high standard of responsiveness set by Android and iOS, but I can’t see how that can be done in the space of a couple of weeks.

Despite the downbeat nature of the review as whole — and keep in mind it was being reviewed as a consumer device, not as a geek curiosity — the OS clearly has legs.

Sony, OnePlus and Fairphone are investing varying degrees of official support into community ports for their older handsets and Bq has won praise for its Ubuntu-powered M10 tablet.

The Verge wasn’t the only mainstream tech outlet to give the PRO 5 a lukewarm reception. Engadget’s Nick Summers also felt that device failed to meet the expectations set by the hardware.

It’s unfair to dismiss any negative review as the product of a wild conspiratorial bias. We are, after all, only too happy to accept that positive reviews are balanced or absolutely objective.

Hopefully we’ll be able to get our own hands on with the device at some point in the future.