Phones from Sony, OnePlus and Fairphone will be demonstrated running Ubuntu (Touch) later this month, we can reveal.

Canonical plans to feature the work of the community-led Ubuntu porting programme in its booth at this year’s Mobile World Congress event.

The Ubuntu stand will host devices from Fairphone, OnePlus and Sony, all running community-supported versions of Ubuntu (Touch), including efforts spearheaded by the UbPorts Project.

The Ubuntu Ports programme is a volunteer-led effort to rebuild and package the OS on to pre-existing Android devices.

Canonical has actively encouraged and supported these porting efforts since first announcing plans for mobile back in 2013.

Devices running community-supported builds of the OS and showcased by Canonical at MWC2016 all have ‘some backing from Canonical’ and some degree of ‘support from [the handset OEM]’, Canonical’s Thibaut Rouffineau told us.

Unlike early porting efforts these Ubuntu build are to said to run ‘very well’ and support over-the-air updates (OTA).

Although none of the ports are under the direct stewardship of Canonical, its engineers and developers have, we’re told, been offering guidance and support to community efforts that seek it.

Furthermore, Fairphone, OnePlus and Sony are said to not only know of the efforts but also ‘support’ them — though the exact degree to which such support extends is, as yet, unknown.

The UbPorts project has been very busy working on builds for the OnePlus One, the LG Optimus L90, and the Fairphone 2. It’s not a wild leap to assume at least one of these will feature in Barcelona later this month.

Canonical will share more details and information on the ports, and how others can get involved, in the build up to MWC, which kicks off on February 22. 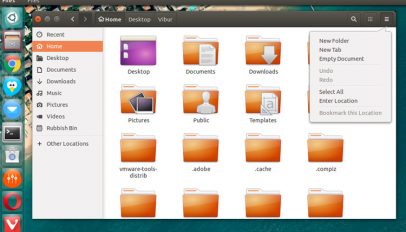 Ubuntu 16.04 LTS Will Ship An Older Version Of Nautilus
Read Next