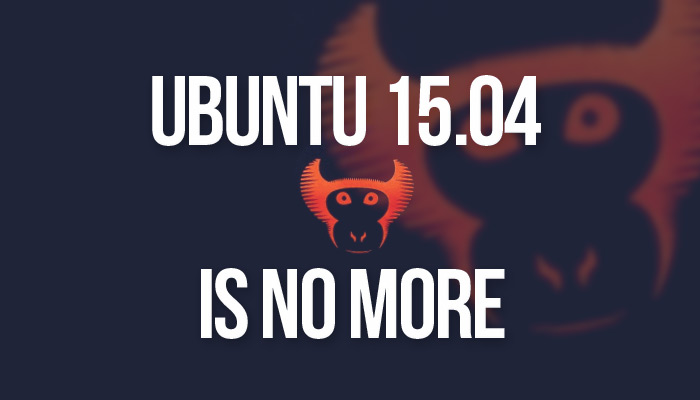 After nine months swinging in the wild, the sun finally sets on official support for the Vivid Vervet.

Ubuntu 15.04 desktop users will receive no more security notices, critical fixes, or updated packages from the main Ubuntu archives as of February 4th, 2016.

The nine-month-old operating system is notable for being the first version of Ubuntu to use Systemd as its default init system, a change brought about to keep the OS in sync with upstream.

The number of affected users who still use this version of Ubuntu is unknown.

While the shuttering of official support doesn’t directly affect third-party software that is distributed through private repos and personal PPAs, many developers are likely to stop providing packages for 15.04 in the coming weeks.

How Long Is Ubuntu Supported For?

Wondering how long each version of Ubuntu is supported for? It’s a fair question.

Since 2013 all non-LTS Ubuntu releases receive updates for 9 months. For LTS (‘Long Term Support’) releases the support cycle is 5 years.

Following Vivid, Ubuntu 15.10 (aka ‘Wily Werewolf’) will be the next version of the OS to hit EOL. Official support for Wily, still the incumbent stable release, wraps up in July, 2016.

Ubuntu 12.04 LTS is set to bow out next April after receiving 5 years of on-going updates,.

Ubuntu 16.04 LTS is due in April of this year and will be supported well into the next decade.

If you’re still running 15.04 don’t panic: your computer isn’t about to die, explode or sprout facial hair. You can continue to use it as normal for some time yet.

But you should consider upgrading to the most recent stable release, Ubuntu 15.10 ‘Wily Werewolf’, as soon as you’re able to. This will protect you from any future security exploits, nix any critical bugs, and ensure you’re running the latest versions of apps like Firefox and Thunderbird.

The recommended upgrade path from Ubuntu 15.04 is to 15.10. This transition can be handled from the desktop using the Software Updater application.

If you’re more comfortable with the command line you can issue the following command to upgrade Ubuntu 15.04 to Ubuntu 15.10 directly:

A Less Than Vivid Release

“Despite the name there were no ‘Vivid’  changes on show…”

Vivd by name, but rather humdrum in nature; Ubuntu 15.04 was a modest release, but notable for a few select reasons:

What are you planning to do now official support has ended? Share your thoughts with us in the comments, or by voting in the poll below (if you’re not running Ubuntu you don’t need to vote) 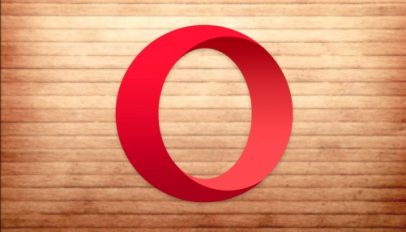