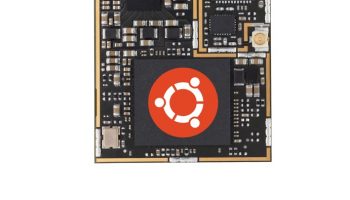 The IoT-focused ARTIK platform consists (at the time of writing) of three distinct modules. Ubuntu Core is to support two of these: the dual-core ARTIK 5, and the octa-core ARTIK 10.

Ubuntu Core (also known as ‘Snappy Ubuntu Core) is a stripped down version of the Ubuntu OS designed to run on embedded devices, headless PCs, robots, and other internet-connected and sensor-rich devices.

The streamlined OS offers unique several unique features, including: “separation of OS and application files to securely add multiple apps on a single device; reliable atomic transaction upgrades for apps and Operating System; and a white-label App Store for all devices.”

“Developers can benefit from the various wireless connectivity options (Zigbee, BLE, Wi-Fi) to securely connect various sensors around the house to the cloud and rely on Ubuntu Core’s capabilities to manage the security of devices once deployed by remotely and reliably upgrading the software running on these devices”, Canonical explain in a press release to share the announcement.

IoT developers can develop the next generation of connected devices on a reliable, a secure and easy to deploy platform.

But there are other winners, too.

Through this partnership Ubuntu Core becomes will gain more traction among IoT & embedded device developers, while the Samsung ARTIK platform will score the attention of more open-source and Linux developers.

Canonical say developer images of ‘snappy’ Ubuntu Core optimised for the Samsung ARTIK 5 and 10 modules will be made available to download in the next few weeks.