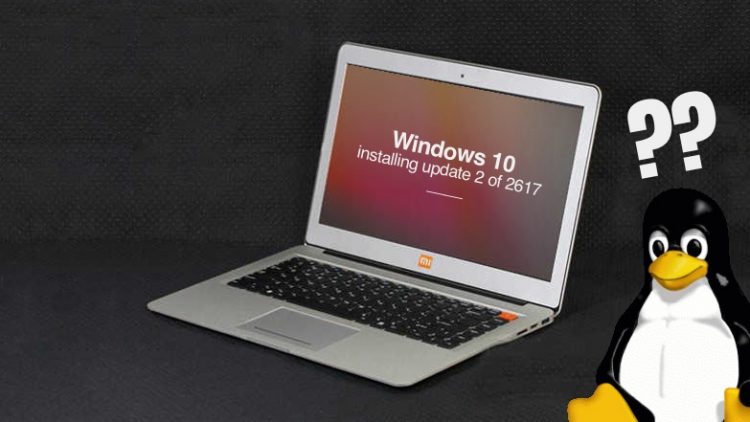 The long-rumoured Xiaomi Linux laptop is to go on sale in China this spring, a new leak claims.

Industry insider blog DigiTimes relays the news from the NetEase, whom it cites as saying:

“Xiaomi Technology will launch a notebook with a 12.9-inch display and a dual-operating system (OS) design using Windows 10 and MIUI”.

MIUI is Xiaomi’s custom (and beautiful) Android fork, as used on its successful line of smartphones and tablets.

Windows 10 is… Well, you can finish that sentence in your own head.

The Price of Rumours

Disappointed to learn that Xiaomi’s Linux laptop won’t be quite what you were hoping it would?

Both of the earlier rumours lacked specifics, and Digitimes’ is famed for having a somewhat scatter-shot, shaky hit-rate with rumours.

The claim that Xiaomi would load its 2-in-1 laptop with a “‘custom Linux operating system” never precluded MUIU from being a potential OS choice, though. MIUI is Android after all, and Android is Linux.

Bloomberg Korea added weight to the story, with its own industry sources confirming a Xiaomi notebook is in the pipeline. Bloomberg did, however, stop short of mentioning the software expected to power it.

It is a little surprising to hear it may dual-boot with Windows 10. It’ll be interesting to see how that is implemented

Xiaomi enters the traditional PC space as it loses market share in China to Huawei — and with news that Huawei is also to launch a 2-in-1 Windows 10 notebook in China this April the competition is only set to get fiercer.

Xarkam Another example that linux is not at all ready. This…
Why Windows 7 Users Should Switch to Linux