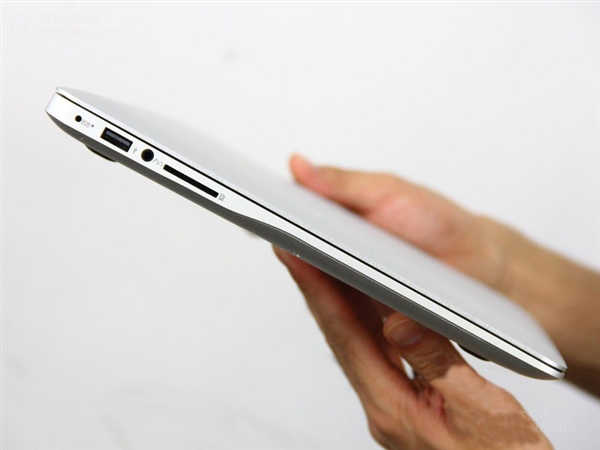 Update Sep 2: Bloomberg has also also reported this news, citing its own ‘sources close to the matter’.

The Xiaomi laptop will reportedly feature a ‘high price/performance ratio’ and target a retail price of CNY2,999 (roughly $470 US) — an incredibly disruptive price-point since similar sized devices from China’s biggest laptop seller Lenovo currently retail, on average, between CNY4,000-6,000.

But then, Xiaomi is no stranger to turning technology markets upside down…

This is not the first time that a Linux powered Xiaomi laptop rumour has surfaced online.

Last December a purported Xiaomi branded MacBook Air clone landed, without warning, in an online store, replete with a gallery of photos showing it off (which we’re using to illustrate this article with).

That device was later revealed to be a hoax but the listing did, curiously, have a few things in sync with today’s marginally more credible rumour: the screen size of 15.6-inches and the ‘custom Linux OS’.

But could this be another hoax?

The industry sources that shared today’s drip of info with Digitimes’ says that no production schedule has been set. The notebook is, if it exists, is still in development and is not guaranteed to actually ever appear on store shelves.

Furthermore Digitimes’ industry sources are not always 100 percent accurate (as those of you who read omgchrome.com regularly will know). They clearly have plenty of connections and contacts within the “upstream supply chain” in Taiwan but the veracity of the information passed to them is, sometimes, wide of the mark.

But none of the above rules its existence out. And here’s why.

It’s A Case of When, Not If, Xiaomi Make A Laptop

Xiaomi is more than ‘just’ a smartphone company

Why, you might think, would they want to move into laptops?

Well, Xiaomi also makes a growing range of other technology products. In fact, it is a misnomer to consider it as “just” a smartphone company that makes a custom Android ROM.  Take Apple, Google and Amazon and roll them into one; it develops the hardware and the software and additional services.

From a $13 Mi Band fitness tracker — already the second most popular wearable device in the world — to smart TVs and tablets, to routers and lightbulbs to air purifiers and even body scales.

When you look at the company’s product portfolio the idea of them making a laptop is a case of ‘when’ rather than ‘if’.

And brand loyalty to ‘the Xiaomi lifestyle’ is so strong among China’s youth that any new product it launches leads to a massive impact virtually overnight. No matter how flimsy this rumour of a laptop turns out to be, OEMs like Lenovo and ASUS will almost certainly be sitting up to take notice of it.

Would It Run Ubuntu? No. Here’s Why.

This laptop won’t run Ubuntu, but it could be based on it.

If this rumour is accurate it will be interesting to see exactly which flavour of Linux the Chinese upstart rolls with. They already ship a customised version of Android on their handsets, tablets and smart home products, but Android has never lent itself too well to multi-windowed ‘traditional’ workflows.

Using another company’s Linux distro to power the laptop is not improbable, but such move wouldn’t fit into the overall ‘Xiaomi Ambition’. It needs to be the experience, not a handful of apps pre-installed on someone else’s.

A fork that is based off of a stable well-maintained OS like Ubuntu is more likely. It would certainly preferable to starting from scratch, and would be in keeping with their MIUI Android fork, which is based off of the Android open-source Project code.

Regardless of which flavour of Linux underpins it what would be certain is MIUI theming and Xiaomi branding, support for MIUI’s cloud storage service and integration with the rest of the Xiaomi service layer.

Heck, it might even let users run and install Android apps from the Mi app store!

We’ll be keeping our ears to the ground for more on the device, but in the mean time let us know your thoughts in the comments and whether you would buy it.