Cristian Parrino, team lead for the Ubuntu Phone project within Canonical, has left the company.

In an announcement posted to the Medium blogging platform, Parrino says “leading the team that made the Ubuntu Phone a reality has been breathtaking experience” and “the thrill of disrupting the jurassic mental model of the mobile industry” is one he is proud of.

The space left by his departure will be filled by other members of the Ubuntu Phone team and Canonical chief Jane Silber.

Since joining Canonical in 2013 Parrino oversaw a huge shift in the strategy of the Ubuntu Phone project, seeing it mature from a confused, Android-dependant ROM tailored to select Nexus devices to a viable mobile OS that now ships on three handsets from two OEMs and sold all over the world.

“While still in its early days, the Ubuntu Phone has the foundations for a successful run, I’ll be watching closely, as I take on a new adventure,” he adds.

But what is this ‘new adventure’?

Parrino is moving on to, quite literally, bigger things: saving the planet.

He’s the co-founder and CEO of a new “green tech stealth startup” — ask tech crunch what that is, not me — and while he’s keeping quiet on the precise specifics for now he does intend to share further details about the ‘FitBit for the planet’ project in due course.

The ‘On a Personal Note’ Bit

As an Ubuntu Insider I — or is that we? I never know the correct pronoun to use when speaking ‘as’ the site — were fortunate enough to have met and spoken to Cristian plenty of times over the past year or so — and it really has been a pleasure.

Never anything less than enthusiastic about the Ubuntu Phone platform, albeit sometimes bordering on quarantine level infectious, Parrino’s optimism for the potential for Scopes to collate and surface content in a more intimate way steered me, Joey, through many a cynical water.

Like former Canonical employees Ivanka Majic, the design lead during the formative years of Ubuntu for phones and tablets who left the company in 2013, marketing manager John Bernard, and Jono Bacon, the Ubuntu Community Manager, Parrino has easily been one of the most friendly, approachable and supportive folks at Canonical for us.

The Ubuntu Phone projects remains not just a potential disruptor for the mobile industry but also for Canonical as a company and Ubuntu as a project. Knowing it will keep charging forward is encouraging. Knowing Cristian won’t be at the helm is, for today at least, a touch disheartening.

But although we’re sad he’s leaving we just know he’s going to do wonderful things in the future. 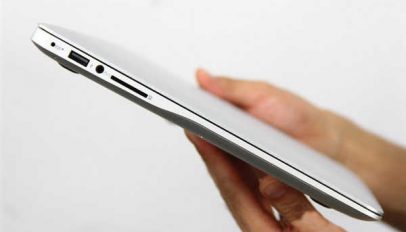 Xiaomi Plan To Release A Laptop That Runs Linux
Read Next