What do you do when the default Bluetooth configuration utility is less than ideal? Why you dive in and improve it — this is Linux after all!

That is precisely what the popular Linux distribution Linux Mint has done.

Not quite convinced by the standard bluetooth tools on offer in their various releases, Linux Mint has created a brand new Bluetooth setup tool called Blueberry. It will ship in the upcoming Linux Mint Debian Edition 2 release and replace the varying approaches in use in other Mint flavors in due course (yes, including in Cinnamon).

The utility has been designed to be simple and to run outside of Linux Mint just as easily (e.g., in Cinnamon on Fedora) It will allow Linux Mint users to set up and manage their Bluetooth mice, keyboard and other extras quickly and easily and offer smarter integration with the underlying system and desktop environment. 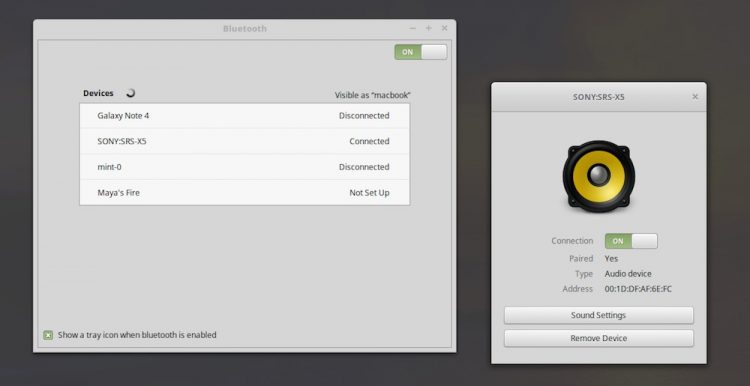 What Blueberry is not is a new Bluetooth stack. It is a new front-end to ‘gnome-bluetooth’ and will be accessed from the system tray only on devices that support Bluetooth or have Bluetooth enabled.

By having one standard config tool across its distributions Linux Mint is not only able to offer a consistent and better user experience for its fervent fans but lessen the development burden for itself.