It may be a while before Spotify make an official Ubuntu Phone app or scope, so it’s up to third-party developers to ensure that early adopters of the platform aren’t greeted by silence.

“CuteSpotify” is the best of the current crop, and has been freshly retuned to take advantage of the latest features and toolkits in Ubuntu for Phones/Tablets developer builds.

Music to Your Ears

Just like the official Spotify apps on Android and iOS, the app can set music steaming to work over Wi-Fi and/or cellular networks, has basic offline functionality, and surfaces popular content based on what others are listening to.

The latest version also introduces experimental support for handling Spotify URLs. Clicking on such a link in a tweet or scope should, in theory, prompt the app to open. At present, this is a bit hit and miss and will only work when the app is open in the foreground.

One thing you won’t find on offer is Facebook integration (a plus in my book), and the client isn’t as big on visuals  as the service’s own apps.

The application life-cycle policies enforced on Ubuntu Touch* also mean that the app is unable to run in the background. If you switch to another app during streaming the app will stop playing music.

Unofficial, third-party apps have, over the years, helped to patch over the early”app gap” that all fledgling mobile platforms go through. Ubuntu is no exception. Spotify does provide an official (native) desktop client for Ubuntu/Linux music fans to use, but have (understandably) yet to talk of any plans to make an official Ubuntu for Phones/Tablet version.

While simple rather than flashy, CuteSpotify ticks all the boxes it needs to. Its presence could help in persuading the more cautious adopters in switching to Ubuntu as their mobile device of choice next month.

CuteSpotify is a free app and can be installed from the ‘Click App Store’ Scope. It is also available for Jolla’s SailfishOS.

*To avoid having to caveat and bracket every reference to Ubuntu when writing about apps, content and services we will, no doubt at the chagrin of its developers, sometimes refer to its Phone, Tablet and ‘Next’ guises as ‘Ubuntu Touch’. 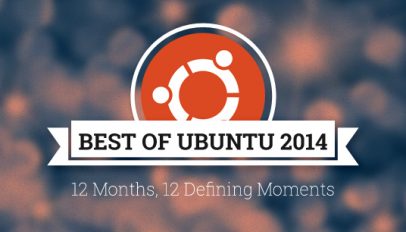