Released at the weekend, Choqok 1.5 is the first release of the app in more than a year and a half.

It arrives with a small but welcome set of changes, the most notable of which is a working plugin for the pump.io service used by identi.ca (and a handful of smaller microblogs) since 2013.

The older “StatusNet” plugin which supported Indenti.ca previously has been renamed ‘GNU Social‘. Choqok developers are keeping it included to ensure that users of self-hosted ‘StatusNet’ services can keep chatting away without interruption.

Twitter fans will not be left in a flap with this update either. Choqok 1.5 brings support for Twitter photo previews in the timeline (though nowhere else for now), fixes a number of bugs, including direct messaging, favouriting and timeline updating issues, and comes with a built-in button for reporting users to Twitter.

Other general changes shipping as part of Choqok 1.5 include:

A word of caution before installing: as a Qt application with KDE integration Choqok also installs a stack of dependencies, including Phonon, KWallet and the Oxygen icon theme.

If you’re okay with that you can add the Choqok PPA to your Software Sources in Ubuntu by opening a new Terminal window and entering the following two commands:

After installation has completed launch Choqok (look for a little green bird icon) from your app launcher and follow the account sign-in prompt that appears to get things set up.

For more information on this release, or on the app in general, jump to the official website in the source link below. 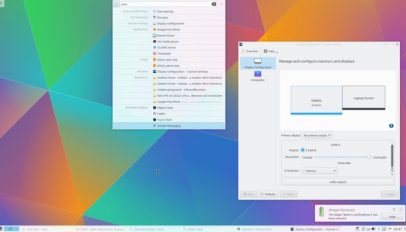