Following on from last month’s update to Geary and Shotwell the non-profit software outfit Yorba is back, this time with a new release of their California calendaring application.

A capable desktop calendar is a must-have for the well-organised (and wannabe well-organised!). The release of the hugely popular Sunrise app to the Chrome Web Store means choices aren’t as scant as they once were. California bolsters this.

California 0.2, the GNOME 3 calendar application, is the first release proper since the project was announced back in March.

“A lot has happened since [then],“ Yorba’s Jim Nelson writes on the Yorba Blog, adding that he’s “…happy to say that we got more features into this first release than I thought we’d make.”

The standout addition is the ‘natural language’ parser. This makes adding events easier. Instead of needing to manually fill in each bit of information (date, time, etc.), you can just type in “Meet Sam for Nachos on Monday at 2PM” and California will schedule it for the upcoming Monday at 2PM.

The feature works just as well as it did when we reviewed a development release in May, and even fixes our one want from it: recurring events.

To create a recurring event (e.g., “Google own name every Thursday”) you need to include the word “every” before the date. To make sure that a location is picked up (e.g., “Coffee with Samba De Amigo on Wednesday, 12 PM at Boston Tea Party“) the term “at” or “@” is required.

For detailed information on how to use it see the Quick Add page on the GNOME Wiki.

Being a GNOME 3 application, the application does, arguably, look and feel better under it.

Yorba aren’t ignoring Ubuntu users, however. They’ve diligently (one could say patiently) worked around theming issues resulting from Ubuntu’s need to ship a mish-mash of the GTK+ and GNOME stack. The result is an app that may look a little out of place on Ubuntu but works great all the same.

California 0.2 is available to install from the Yorba Stable Software PPA on Ubuntu 14.10 only. 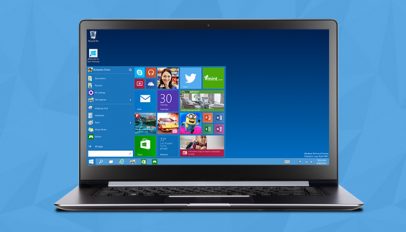