If you’ve played with an iPhone or iPad running iOS 8 you might have spotted a new feature in Spotlight — a feature that bears more than a passing resemblance to a key part of the Ubuntu desktop. 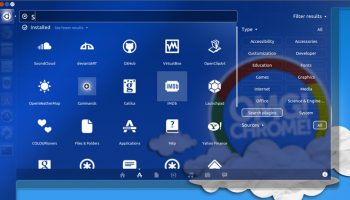 Let me preface this by saying that good ideas catch on. That is a good thing. In culture, in literature, or in technology: we all benefit when people are free to take an idea and develop it in new, different ways. It’s a concept that most open-source frameworks are built on. Don’t like something? Fork it!

Back to Apple’s rejig of the Spotlight search feature in iOS 8. Apple has given Spotlight new features, features similar to those debuted by Ubuntu a few years back. Spotlight is now a search hub, for want of a better word.

Like in the Unity Dash, Spotlight in iOS 8 will throw up results from online sources, including iTunes, Wikipedia and Bing, alongside local files, photos and apps. It will even serve up relevant app suggestions where applicable — just like Unity’s ‘recommended software’ section. 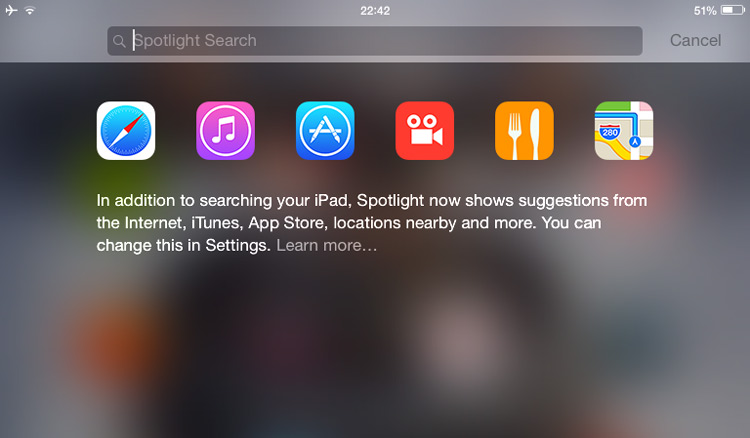 Results are grouped based on their source, with a small thumbnail shown alongside a brief snippet or link.

For example, typing in “Spiderman” throws out an App Store link and Wikipedia entry on the comic book character. Depending on the search term you may see movie times, nearby events or business, relevant web links, and so on. 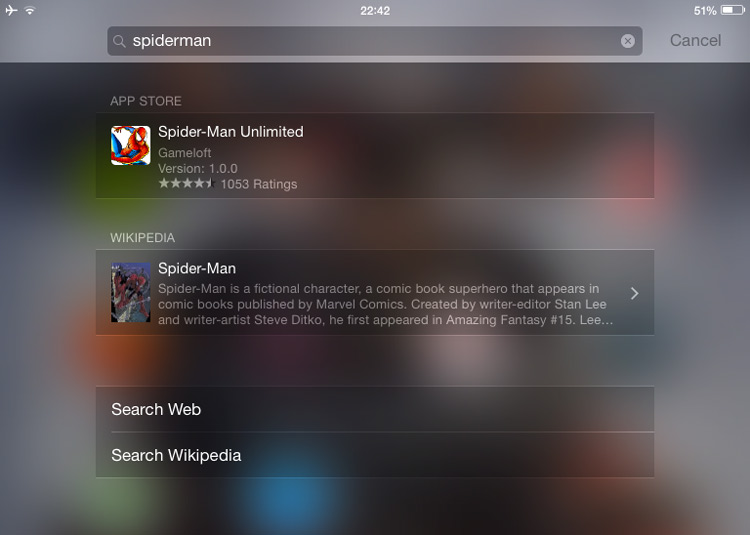 Again, as with Unity, certain results can be clicked to reveal a short preview or snippet: 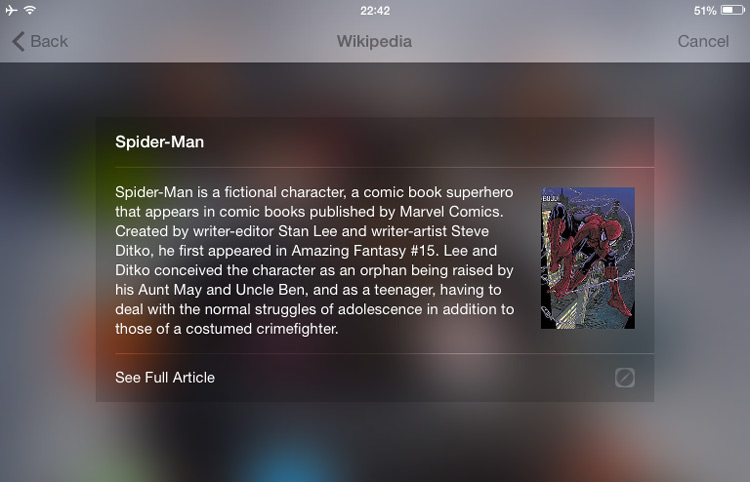 But unlike the Unity Dash there are no Amazon product results rearing their head thus far. But when you’re a company worth over half-a-trillion dollars, it’s not like you need them!

Apple do not (yet) have plans to allow third-party services to add in and extend the search functionality, something Ubuntu does allow through its “Scopes”.

Now, by this point in the comparison, fervent Mac fans will be foaming at the mouth, incredulity rushing to their fingers, calling them into commenting action. To be fair, they have some reason to feel the need to rebut through Helvetica ALL CAPS.

Why? Well, firstly, the notion of a visual hub collating local files, apps, emails, contacts, music and other items is not novel or ‘unique’ to Ubuntu. Spotlight has long been a mainstay of Apple’s mobile and desktop OSes, and various Linux desktop shells/apps over the years have attempted similar things.

Secondly, it can be argued that the first true fusion of local and remote results to use smart matching began with productivity apps like Alfred, which served as inspiration for GNOME Do, Kupfer and, by extension, Synapse.

But it is only with iOS 8 (and the upcoming release of OS X 10.10 ‘Yosemite’ on the desktop) that Apple is expanding its search reach to cover ‘contextually relevant’ results in a way more accessible to the user.

Ubuntu amped up search on the Unity desktop shell through ‘Smart Scopes’ back in 2013.

Playing a game of “Who did what first” never ends well. And it’s not really what this article is supposed to be about. It’s about showing how different companies, projects and OSes tend to converge on the same problems but go about solving them in different — or not so different in this case — ways.

There is no shame in this. Is it likely that Apple actually flat out copied Ubuntu? Probably not. Inspired by it? Possibly…but given the insular nature of the Cupertino design team, even that would be a little arrogant to assume.

What this feature does show is that Canonical, in bringing this feature to the desktop and making it front and centre of their mobile OS, is acutely tuned to react and adapt to changing habits of users. While not always a hit in the implementation — the smart scopes server matching remains a little scattershot — they are often ahead in willing to break the status quo.

This instinct for what’s next bodes well for their mobile domination plans.