VLC 2.1.5 has been released for Windows, Mac and Linux, and is expected to be the final update in the 2.1.x series before the release of 2.2.x.

What’s that? This is old news to you? Alright, I confess. VLC 2.1.5 was actually released about two weeks ago (July 27, to be facturate). Since we’re normally pretty tight on reporting these things in a timely fashion I’m gonna ask you to let us slide on this one, okay? Ace.

Belated coverage or not, there’s not an awful lot to get excited about in this release as an end user.

According to the brief change log the bulk of updates in this minor version bump are mainly for the benefit of OS X users, most notably with improvements in stability of the Qtsound capture module and improved support for Reti… Oh, you don’t care about that.

Elsewhere there are compilation fixes for OS/2 operating systems, and a fix that sees .mp3 file conversions no longer renamed  ‘.raw’ under the Qt interface.

Also on hand to help you consume your content are the usual glut of decoder fixes. Notable improvements this time around benefit DxVA2 sample decoding, MAD resistance in broken mp3 streams and PGS alignment tweaks for MKV (a fancy way of saying ‘Blu-Ray subtitles are now sized correctly’).

Security fixes for GnuTLS and libpng also feature, as do some updated translations for m’own muvva tung ‘British English’.

Want in? VLC 2.1.5 is a free download available from the VideoLAN website or through the official daily stable VLC PPA.  The more patient amongst you can get ahold of this (or a subsequent stable release) in a future Stable Release Update to Ubuntu 14.04 LTS. 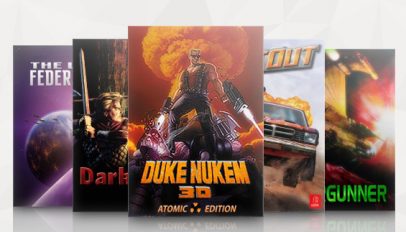 Retro Epics: Five GOG.com Linux Games Everyone Should Own
Read Next