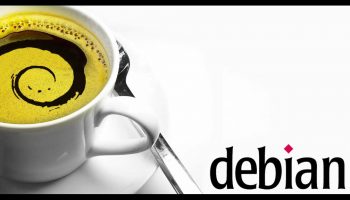 One of the world’s most popular music streaming services has migrated 5000 of its servers over to Ubuntu.

Spotify says it switched its backend server deployments away from Debian and onto 14.04 to take advantage of the latter’s ‘predictable release cycle and long term support’.

News of Spotify’s migration will be music to Canonical’s ears. Having such a famous company champion your product helps build momentum and reputation. And with Ubuntu’s server and cloud services picking up ever-more plaudits, it also serves as a visible testament to their ongoing investment.

For Debian, however, the switch marks another major loss in support at enterprise. Last year saw the well known web host and domain name registrar Dreamhost move 20,000 of its systems away from Debian 7 and onto Ubuntu 12.04 LTS for similar ‘support’ reasons.

But is there an opportunity to be had?

Ubuntu is based on Debian but has a clear, predictable release schedule for stable and long-term support releases – something Debian, by its nature, has lacked.

Debian developer Raphael Hertzog says the move is “supplementary proof that we [Debian] have to provide long term support for Debian releases if we want to stay relevant in big deployments.”

This is easier said than done. Increasing the length of support requires an increase in volunteers, developers and financial support. But the distribution is up for the challenge.

In April an extension in the support period for Debian 6 (Squeeze) was announced (both aforementioned companies made their migratory plans prior to this). The effort, said to be ‘driven by various interested parties/companies which require longer security support‘, sees the release supported until February 2016. Plans to give Debian 7 and 8 (“Wheezy” and “Jessie”) long-term support periods is also under discussion.

The loss of any user, big or small, is never great, but in this instance the big name is helping to get word of Debian’s LTS release effort out there — and that publicity is a positive.

Want to help? Companies (and individuals) can contribute financially to support development of Debian LTS.