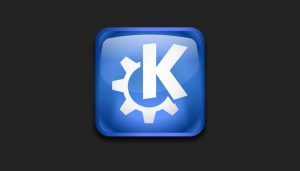 The first stable version of KDE’s next generation platform, Frameworks 5, has been released.

The release of Frameworks 5 represents three years of work to update KDE’s libraries to Qt 5 and to separate the KDE Platform into modularised frameworks.

Some of this hard work – like adding timezone support – is now included in Qt 5 itself. The work on more independent modules will make it easier for users to grab their favourite KDE apps without pulling down the entire KDE desktop with them.

The KArchive framework for file compression and the Solid framework for querying hardware and networking information are both Tier 1 frameworks. On the other hand, the KWallet library for managing user passwords is a Tier 3 framework that relies on a number of Tier 1 and Tier 2 frameworks.

The net result is that apps that don’t need to worry about user passwords or showing web content won’t need to pull down KWallet, KDEWebKit, or the extensive set of KDE packages they depend on.

If you’re a developer, willing tester, or just want to give ported apps a go there are a number of ways to get your hands on Frameworks 5.

If you’re testing on Arch, Fedora, openSUSE or a number of other distributions, packages are available for you too.