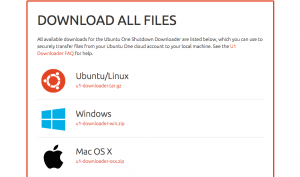 A new tool aimed at helping those yet to download their Ubuntu One files for safekeeping has been released by Canonical ahead of next month’s planned shutdown.

The aptly named ‘Ubuntu One File Downloader’ is a small command line utility offering a secure way to save all uploaded data locally in one go.

Its release follows the cloud storage service entering its final stages of shutdown this month. Ubuntu One users only have until July 31 to save local copies of their files before they are deleted for good.

Canonical has already offered users a number of ways to export their data, including direct .zip file downloads and automatic transfer to other services through the cloud storage migration service mover.io.

The command line application, which is available for Windows, Mac and Linux users, has been designed, Canonical say, to retrieve “a complete and verified copy of all the files in your Ubuntu One cloud account”.

Using the Ubuntu One Downloader Script

Using the script is simple enough: after downloading the corresponding archive file for your OS and extracting the contents just navigate into the folder through the Terminal/Command prompt and launch it.

You’ll be prompted to enter your Ubuntu One Single Sign-On credentials, after which the script will proceed to download all of your files into a ‘u1-files’ directory created within the script folder.

Canonical announced the shutdown of their flagship cloud storage service earlier this year, with CEO Jane Silber citing an inability to compete with larger company in the ‘free storage wars’.

To download the app head over to ubuntuone.com/u1-downloader before July 31, 2014. For full details on using it or troubleshooting errors visit the wiki page linked below. 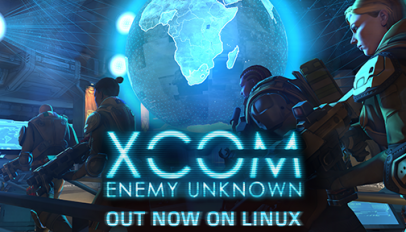