Ubuntu One is now formally in shutdown. You have until July 31 to grab your files or they will be lost forever.

Canonical announced that it was axing the service earlier this year, citing a lack of paid users and increased competition from Google, Dropbox and other cloud storage services as chief factors in making the decision.

Attempting to access the web dashboard of Ubuntu One throws up the following notice informing users that the service has been discontinued: 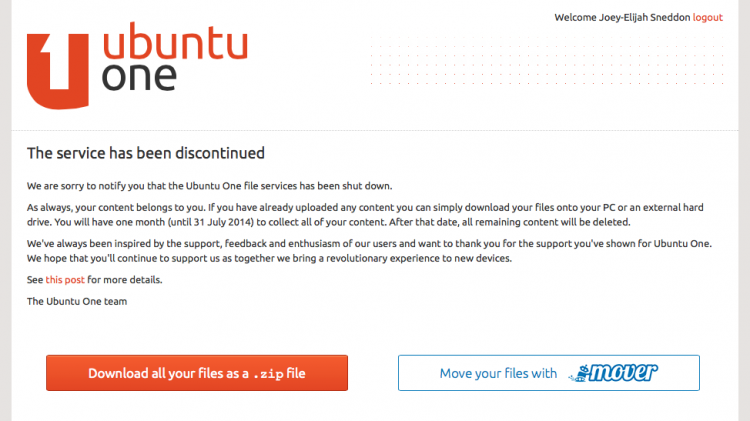 Earlier this month an update was pushed to Ubuntu 12.04 LTS to inform users that Ubuntu One would shortly be removed from the desktop, while Ubuntu 14.04 LTS, released in April, ships without Ubuntu One preinstalled.

To grab all your data as a .zip file you simply need to log in and hit the orange button positioned under the main notice.

Canonical has also partnered with cloud storage migration service mover.io to allow direct importing of files from Ubuntu One to other services, such as Dropbox, Google Drive and Copy.

Mover, who describe Ubuntu One as “…a world class file sync and share product”, is offering its data transfer service to Ubuntu One users for free, although it does require an account to be created. The company normally only allows ‘free’ plan users to transfer 2GB data.

For more details on migrating your data to Google Drive through mover.io you can refer to the following knowledge base article.

Transfer from Ubuntu One to Google Drive

For those of you who had ponied up cash for extra storage on this or the Ubuntu One Music service, Canonical told us you can expect to receive a refund within the next 7–10 days.

If you’re looking for an Ubuntu One alternative check out our round up of the most popular cloud services used by our readers. 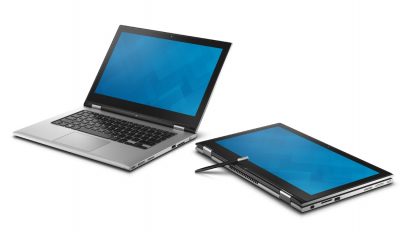