An all new graphics engine is on course to arrive in the next major release of esteemed Linux racing game SuperTuxKart.

It’s hoped that replacing the Irrlicht rendering engine – which has been under the bonnet of the open-source racer since its 0.7 release back in 2010, and saw numerous improvements as part of last year’s Google Summer of Code – will help fend off criticism of poor visual performance.

‘Making the game look better than ever will come at a cost: beefier graphics requirements’

Looking to build upon the work of previous releases, a new developer has ‘started to write a new engine to allow new effects and more complex tracks,’ writes Jean-Manuel Clémençon, the lead graphics artist for the game on the official project blog.

But while introducing new visual features, such as dynamic lighting, shadows and improved textures, will make the game look better than ever, it will come at a cost: beefier graphics card requirements. Clémençon assures that those with less powerful cards will still be able to run the game, but that compromises in quality or frame rate will have to be made.

A prerelease build of STK featuring the new engine will, the team say, be made available in the near future. This is to allow them to ‘gather statistics’ on the sorts of graphics cards being used, the performance being delivered and whether bugs are being introduced.

Alongside graphical engine improvements a new artwork style is also being introduced to help foster a consistent in-game world and ‘cohesion among tracks’.

A demo of the improvements offered by the engine are showcased in the video below.

For more details on the forthcoming changes see the following post on the SuperTuxKart blog. 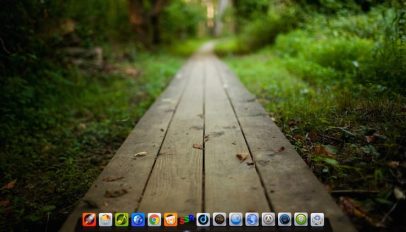