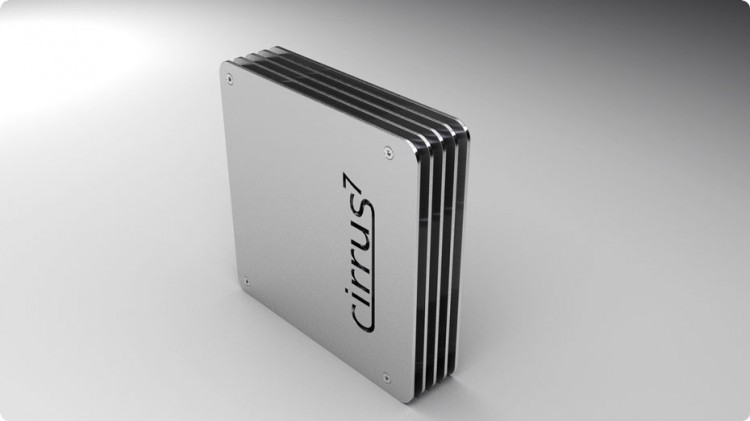 The company behind the award-winning Cirrus 7 Nimbus mini PC has announced that it is now available to buy preloaded with Ubuntu 14.04 LTS.

It’s a change that was expected as the device previously shipped with Ubuntu 12.04 LTS installed by default. Ubuntu 13.10 was made available as an optional OS last year.

Those ordering prior to the official release of 14.04 on April 17 will receive the second beta release preinstalled. Ubuntu’s automatic updater will transform the beta into a regular, full-fledged version of Ubuntu later this month.

Pricing for the Cirrus 7 Nimbus starts at €449, excluding shipping. At this price, the base spec combines a power-efficient dual-core Intel Celeron (Haswell) CPU clocked @ 2.7GHz; Integrated Intel HD graphics capable of driving 4K monitor; 4GB RAM and a 128GB SSD. WiFi is not included as standard.

Like all good PC companies, Cirrus allow buyers to customise and configure pretty much every aspect of the device prior to purchased. Intel i-core series CPUs, as much as 16GB RAM, and the choice of multiple SSDs are among the options available for extra.

The Nimbus’ bulkier sibling, the Cirrus 7 One, can also be configured to ship with the 14.04 ahead of April 17.