The Linux Mint-powered MintBox 2 mini-PC has launched in Europe.

Enthusiasts of both fanless, energy-efficient PCs and the popular Ubuntu-based Linux distribution can now buy the device, which is made by Israeli computing company ‘Compulab’, direct from Amazon for €599 (Germany) and £499 (UK).

The second-gen device was unveiled in the summer of last year with an Intel Core i5 dual-core CPU, 4GB RAM and a 500GB HDD, and went on sale in the US shortly after for $599.

Compulab donates 5% from the sale of each box back to the Linux Mint project.

While, arguably, priced at a premium (an Intel Haswell-powered ASUS Chromebox costs just $179 US) it should save Mint enthusiasts money, as there’s no longer any need to order from abroad, incurring all manner of added shipping and import taxes.

If there’s one drawback to be found aside from the price it’s the intermittent availability of stock. Mint project lead Clement Lefebvre notes that the devices are already selling well on Amazon — too well, in fact:

‘There are only 4 units left in Germany, and they’re already gone in the UK. We’ll get in touch with CompuLab regarding a 3rd shipment.’

Want in? You’ll find more information on the device at the respective e-tailer listings below. (Update: UK store listing since removed)

In the US? No worries. You can also grab it from Amazon 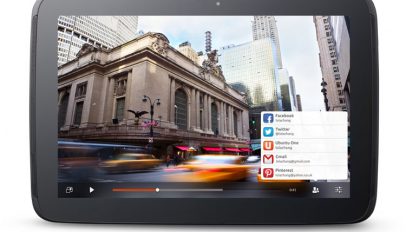 First Ubuntu Tablets To Launch This Autumn
Read Next