Whenever I want to use my Blue Yeti microphone on Ubuntu I have to manually select it from the Sound preferences in Ubuntu System Settings.

This is far from difficult to find or do. But, and this is the crux, because the settings pane isn’t in my face I often forget to switch back to my internal audio devices after I’m done nattering away on Skype or recording a voice over.

So I was stoked to find an indicator applet called Sound Switcher that makes the audio device switching process easier.

Sound Switcher axes the need to use System Settings and, in just two clicks, lets me hop between audio input and output devices straight from the system tray.

It’s especially handy for switching audio output to Bluetooth speakers or, when connected to a TV through HDMI, handing sound output to it.

To install the indicator you will – annoyingly – have to first add the Sound Switcher PPA to your Software Sources. The upside is that this PPA is  maintained by the application’s developer, Dmitry Kann, and only contains packages for the Sound Switcher.

Open a new Terminal window and enter the following commands:

After install has completed open the Unity Dash, search for ‘sound switcher’ and launch. It’s worth knowing that the app sets itself to auto-start on login, too.

If you don’t fancy adding the PPA you can grab the .deb installer from the package archive details page.

Apps How To audio microphones soundapplet 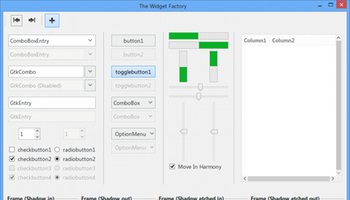