My name is Joey-Elijah Sneddon and I used to be a hardware stat hound.

From being able to recite the relative speed of my processor’s front-side bus and the prefetch buffer depth of the RAM on my GPU, to knowing more useful information, like the BIOS version of my motherboard: if I could learn it, I would.

Indulging my fixation for technical trivia during my Windows days was easy thanks to a freeware application called CPU-Z. This handy utility armed me with all the info I needed to track down a missing motherboard driver or ensure I was ordering the correct RAM for an upgrade.

CPU-Z served up an insane amount of information — including on topics that the then-fledgling Wikipedia had yet to learn. While it was never the prettiest of apps, it was always preferable over that of Windows’ own system profile tool!

As I got into Linux I largely stopped obsessing over clock speeds, cache sizes and I/O rates. But Linux, ever more versatile when it comes to accessing this sort of information, meant I was never more than a few commands away from finding out what I needed to know, when I needed to know.

I recently needed to check up on the capability of one of my ageing netbooks (chiefly to compare the Intel Atom within it to the CPU of an early Samsung Chromebook). To aid me I turned to an app similar in design and aim as the CPU-Z I favoured all those years ago, but available for Linux.

Like the Windows app it takes its inspiration from, i-Nex serves up a slew of unashamedly in-depth stats on your system hardware, taking in everything from your CPU to your sound card along the way.

And when I say ‘in-depth’ I’m not understating. Take the CPU section for example. It shows basic stats like CPU speed, model number and  the various L family cache sizes, but also more advanced details like the number of transistors on the die, the multiplier size and the exact voltage and TDW it uses.

Do I really need to know all of this information? No. But do I like being able to? Yes.

In addition to a wide range of hardware stats the app also returns software information on:

Could I view all of this information through other tools? Yes. Would it look as hardcore? Probably not.

In addition to serving up a smorgasbord of static system info, i-Nex is also able to:

And, for those looking to learn more, some listed features include quick links to Wikipedia topics explaining its purpose.

i-Nex is a free download but not yet available through the Ubuntu Software Centre. Debian installers are available, thought may require a newer version of the Gambas 3 library than that included with some Ubuntu releases.

The good/bad news (depending on your preference) is that i-Nex is available to install from a PPA. For the full LD on adding that, and, if needed, adding the required Gambas repository, head over to the Launchpad page for the project and click through the appropriate links.

Learn More About I-Nex on Launchpad 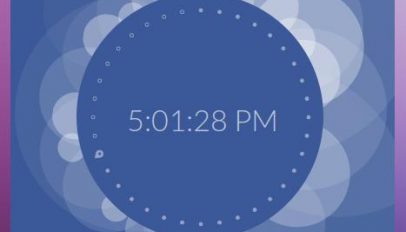