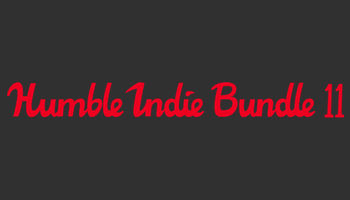 With the previous Windows and Mac-only Humble Bundle wrapped up, it’s time again for a proper cross-platform Humble Indie Bundle!

This fortnight’s Humble Indie Bundle 11 brings 5 games to Linux including:

Platformer Giana Sisters: Twisted Dreams is also part of the bundle, though Mac and Linux versions won’t be available until later this year.

All the titles are available through the Humble Bundle’s ‘pay what you want’ model with Antichamber, Monaco: What’s Yours Is Mine, and any titles added to the bundle in the next two weeks available to those who beat the average. Paying at least $1 will get you Steam keys to unlock all the games for your own Steam account or to gift to others.

Your payment can be split with donations to the Electronic Frontier Foundation and/or the Child’s Play Charity.

Get your Linux game on and let us know some of your favourites in this bundle!

Get the Humble Indie Bundle 11

Paulo Coghi Almost. I think it's worth to wait just a little…
Meet the Slimbook Essential, a Cheap and Powerful Linux Ultrabook

Paulo Coghi Or, as you said yourself: Intel was the best.... Exactly,…
Meet the Slimbook Essential, a Cheap and Powerful Linux Ultrabook

Paulo Coghi Since we are on these recent times and we already…
Meet the Slimbook Essential, a Cheap and Powerful Linux Ultrabook