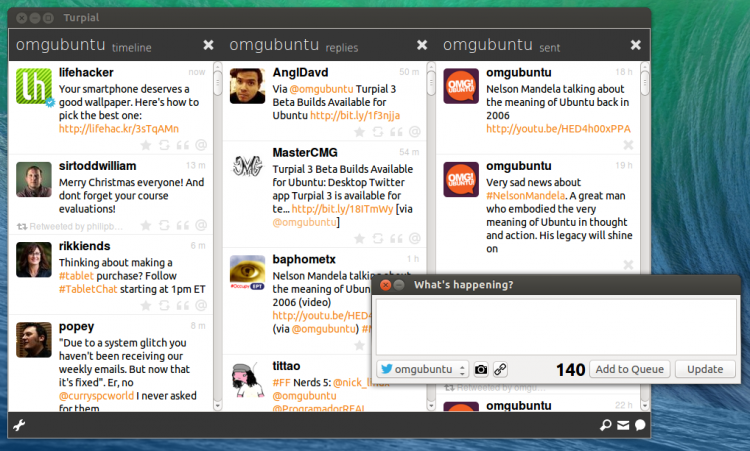 Desktop Twitter app Turpial 3 is available for testing on Ubuntu – albeit unofficially.

Development builds for Debian have recently been made available. These should install without issue on Ubuntu, giving the bravest amongst the Twittering classes the chance to go hands on with the revamped and retooled app before it’s made more widely available.

To get up and running you’ll need to grab both the turpial_3.0_all  and python-libturpial installers from the link below.  You’ll also need to grab python-jinja2 from the Software Center.

Once installed setup is easy enough; you’ll be guided through adding an account and columns after first launch. It uses the official Twitter authentication flow but in an embedded window.

As this is a beta quality release don’t expect it to work flawlessly or without issue.