Whether you’re wanting to make a video tutorial, capture an interface quirk for a bug report, or looking to show off your gaming prowess, there are a bunch of screen-recording tools available for Ubuntu.

While apps like GTK Record My Desktop and Kazam are popular they are not necessarily the best. Results can vary.

The Qt-based SimpleScreenRecorder isn’t as well known as those above, and while it doesn’t reinvent the wheel, or redefine usability, what it does do it does well. Very well, in fact.

It can be used to record the whole of your desktop to a set size, or just a specific section using a fixed-size rectangle or ‘follow mouse’. Even better, it can be used to capture directly from OpenGL applications – a feature that game-casters will be excited to toy with.

Other notable features of the app include:

As screencasting apps for Ubuntu go this app certainly ranks as one of the best.

The main app window lets you can keep an eye on burgeoning file-size, frame rate, time, etc. during recording.

SimpleScreenRecorder‘s developer claims that his app is faster and easier to use than other solutions, like VLC and libav/ffmpeg (of which it uses the latter for encoding). Whether you agree with him will depend on your own personal preference.

As screencasting apps for Ubuntu go this app certainly ranks as one of the best.

Want it? The app is free and can be installed on Ubuntu 12.04 and up by adding its dedicated PPA to your Software Sources. 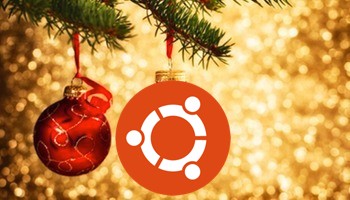 Merry Xmas To All Our Readers
Read Next