HackerTray is a recently released app that brings the popular social news site Hacker News to your menu bar.

Like the ever-popular Reddit, Hacker News lets users vote and comment on stories ranging from programming topics to general science, startup horror stories to the latest privacy issues. And HackerTray brings the top news from HN right to your menu bar.

HackerTray is built with Python 2. Whilst most dependencies should already be installed with Ubuntu, you’ll need to grab Python’s pip package manager and Python bindings for libindicator for HackerTray to show up in your system tray:

From there, you’ll just need to install the HackerTray package from pip:

You can now run HackerTray by running hackertray from the command line.

HackerTray is fairly minimalistic in design, opting for a simple ‘Y’ (for Y Combinator, the startup accelerator that runs Hacker News and, incidentally, funded Reddit) in the system tray.

The refreshable list shows the top stories from Hacker News and features the upvotes and comment count in parentheses before each article. Clicking an article will open it in your default browser and add a tick to the left of the story so you’ll always know which you’ve already read. Turning on the “Show Comments” option will also open the comment page on Hacker News in addition to the article itself.

As this is a fairly new app, a few rough edges are to be expected. As in the screenshot above, the system tray icon is misbehaving in Ubuntu 13.10. In terms of usability, having to set an explicit option to open comments is all or nothing, but opening Hacker News comments by right clicking an article is coming soon. 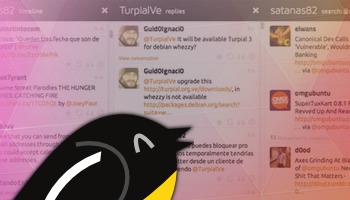