It’s the “engine” under the hood of every Linux distribution, so it’s understandable that each new release of the Linux Kernel is – for some – as exciting as that of a distro update or major software release.

The latest stable release of the Linux Kernel, version 3.12, and the fifth major release of the year,  brings the usual glut of performance boosts, bug fixes, and stability improvements, as well as support for new hardware features.

Graphics cards in particular generally tend to be the big beneficiaries of a kernel release. 3.12 is no exception, offering:

Other notable changes arriving with the release include support for Lenovo’s touch-based ‘SlideNav’ panel on the Thinkpad notebook; and F2FS, XFS & Btrfs file system performance improvements.

Also arriving are improvements to the EXT4 filesystem, used in Ubuntu since 2009. Here, the inclusion of “aggressive extent caching” in EXT4 will, kernel developers say, lead to better memory usage when working with read-only data.

How Do I Upgrade to Latest Kernel in Ubuntu?

Installing the latest Linux Kernel release in Ubuntu is possible, though is not generally recommended. This is because Ubuntu ships with a slightly modified version containing Ubuntu-specific patches and drivers. They’re also tested and fully supported.  Mainline kernels come with no support.

For those who know what they’re doing, the latest kernel release can be installed from the mainline kernel PPA maintained (but not supported) by Canonical. For more on mainline builds read this wiki page from start to finish. 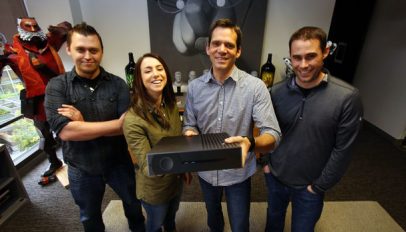 Press Get Hands On With Valve ‘Steam Machine’ Prototype
Read Next