Apple are expected to finally give a release date for OS X Mavericks, the latest update to their desktop operating system at an event today.

As upgrades go, Mavericks look like it’ll be bringing some neat new features to the desktop – including new iBooks and Maps applications, an “App Nap” feature that improves performance, and some much-needed work on multi-monitor support.

But not everything set to arrive is unique. Here are three features that may be new to OS X users, but are pretty old-hat to those of us who use Linux…

Mavericks furnishes Finder, the default file manager on OS X, with a feature Apple fans have been demanding for many, many years: tabs.

Yes. For an operating system that often describes itself as “the world’s most advanced”, it has only just given users the ability to open several different folders in the same window.

Nautilus, the default file manager in Ubuntu, has supported tabbed browsing since 2008. And, just like the implementation in Mavericks, each tab is able to have its view setting configured independently.

While Ubuntu may have added desktop notifications a good few years before Mac OS X (which got them with 2012’s release of Mountain Lion) it’s fair to say that theirs are, arguably, more featured – they can even dismiss them! ;)

For Mavericks Apple are adding even more functionality. Desktop alerts now support “actions” – for example, users can reply to an instant message, ‘answer’ or ‘reject’ a Facetime call, or delete an e-mail right from the notification bubble itself.

While regular Ubuntu doesn’t offer these handy ‘snap decisions’ (though a similar feature is planned for Unity 8), interactive notifications are already offered in GNOME Shell.

Apple are adding auto-updating to apps in Mavericks, saving users having to manually check and upgrade themselves. An off switch will be available for those who prefer to take care of updates by hand.

Ubuntu offers something similar: security updates can be set to auto-download and install, hands-free. Just head to the Settings section of the Software Updater tool and set Security Updates to ‘Download & Install Automatically’.

For a more comprehensive auto-update solution a packaged called ‘unattended-upgrades‘ can be configured, though doing this does require some tech know-how. 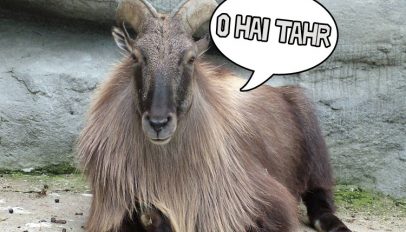