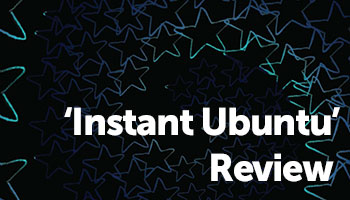 With 13.10 hot off the presses, you might be hankering to show some friends what they’re missing out on.

Odds are you’ll need to walk them through the basics and field their questions whilst they discover some other corner of Ubuntu you forgot to cover.

Instant Ubuntu won’t help them with the finer points of partitioning or recovering from a broken X server, but it’s exactly what it says on the tin: a fast introduction to Ubuntu.

The book has three major sections covering the installation process, desktop experience, and ten “features” a beginner should know about.

The installation chapter is a quick run through the process of downloading, burning, and booting the Ubuntu 12.04 installer and working your way through the Ubiquity installer. It’s a fairly simple process, but ample screenshots go a long way to helping someone through their first Ubuntu installation.

The desktop tour mainly focuses on the launcher and its default apps, but also briefly covers the menu bar and networking. The Dash is given a thorough once over, including each of the default lenses and their filters. The default launcher items are given a paragraph or two of description, but little else other than the odd screenshot of a launcher item and its app name.

The menu bar section lists the various default indicators, but, again, with little elaboration. The only indicator with a thorough discussion is the Network indicator, namely to help users set up their network connections. It isn’t in depth by any means – and the lack of screenshots doesn’t help – but it should get most people to the right dialogs for wired and wireless options.

The Top 10 Features chapter is more about categories of apps than actual “features” of the Ubuntu desktop. “Games” and “Productivity” are two of the general categories covered and the breadth of apps in this section – about 25 in all – starts showing some of the issues with having only 54 pages to work with.

The installation chapter includes enough screenshots to get a beginner through the process quickly and easily, but the Top 10 Features chapter reads more like a list of default apps than anything else. The few screenshots that do show up are far and few between and aren’t always focused on individual apps or on any instructions the author describes.

Sudoku, for example, gets a half-page screenshot for a section mostly focused on how to get Steam. And the page dedicated to Firefox and how to download Chrome from Firefox comes as a block of text without a single image of Firefox, Chrome, or any of the preferences or installation steps described.

‘The book gets more text heavy as you read on.’

For a beginner’s guide, striking a balance between images and text is of utmost importance. Showing steps rather than hoping the user finds the right menu item is a much faster path to getting everything up and running for the first time. Though the installation chapter does this well, the book gets more text heavy as you read on.

The overall organisation of the book leaves a lot to be desired as well. The LibreOffice suite makes an appearance in both the desktop tour and Top 10 Features chapter, but each app only gets a paragraph per chapter. For such a short book, having a sprint then a run through the same set of apps isn’t much different and bifurcating discussion is bound to confuse more than help.

‘It’s a fast read and a fairly shallow primer’

Weighing in at 54 pages, it’s a fast read and, understandably, a fairly shallow primer. Though the book claims to have an “in-depth tour of applications included”, it’s more of a quick flip through the catalogue of default apps than an introduction to the Ubuntu desktop experience. And with the release of 14.04 LTS just a few months away, it’s dangerously close to being outdated.

Digital versions of the book are priced at $9.99/£5.94 on Packt, with Kindle versions direct from Amazon clocking in a little cheaper. Physical copies are also available, but will set you back a rather steep $18/£12.99.

If you’re comfortable with the command line or coming from another Linux distribution, Instant Ubuntu isn’t for you. But with Ubuntu Touch and Valve’s focus on Linux, the number of folks who need a concise mapping of their familiar Windows and OS X surroundings to Ubuntu’s out of the box experience is growing.

If a new user needs a thorough installation walkthrough with only a quick overview of the default apps and Unity interaction, this title should do. If more handholding is needed, other titles offer much more depth. 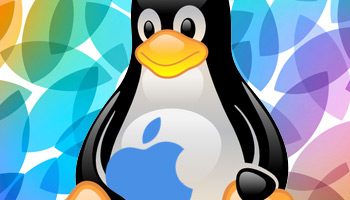