Canonical’s online shop has been restocked ahead of the release of Ubuntu 13.10 on October 17th with a number of brand new items.

Amongst those now available are a new look Ubuntu mug and a redesigned mouse-mat that comes complete with a pair of coasters.

To offer a bit of variety, the mousemat and coasters set is available in two versions: ‘laptop and cloud’, and ‘desktop and server’. Only the coasters differ between them, with the new rectangular mousemat, decorated with Ubuntu’s ‘pictograms’, being identical in each set.

The old, bright orange Ubuntu mug was a thing of beauty. It had a rotund shape that felt good in the hand, and it was identifiably Ubuntu from first glance.

Sadly the new-look ‘limited edition Ubuntu mug’ isn’t a patch on the old design. Now white rather than orange, it looks fairly basic. This isn’t helped by the size of the Ubuntu logo, which looks slightly too small in proportion to the rest of the vessel.

While a far less compelling buy than the model it replaces, at £5.99 it is cheaper.

But it’s Canonical range of Ubuntu-branded t-shirts remain the must-have items for many.

Three of the new t-shirts – Salamander, Pictograms and Ubuntu Touch – are available in both ladies and mens sizes. The orange dot design is only currently available in mens.

Buying from the Canonical Store

The drawback in buying anything from the Canonical store – be it a lightweight set of stickers or a heavy earthenware mug – is the shipping costs. These remain slightly exorbitant for most outside of the UK (and for many within). 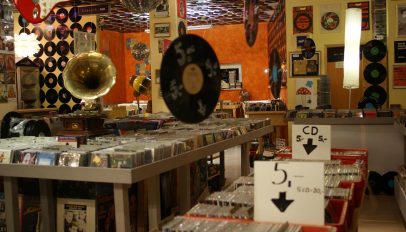