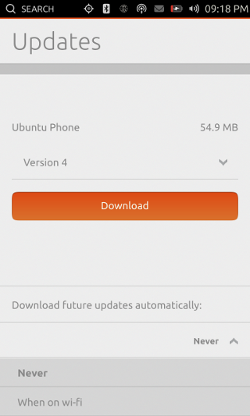 Over-the-air updates have been enabled on the development builds of Ubuntu Touch.

Supported Nexus devices will, from this week, be able to check for and receive future updates straight from the OS itself.

Until now testers have needed to manually apply updates by flashing newer images to their device using the ‘phablet-flash’ command line tool.

‘Updates will be pushed over the air and can be applied through the Updates panel in the System Settings,’ explains Touch developer Stéphane Graber on his blog.

The implementation isn’t quite polished. Graber notes that while the Updates panel in Ubuntu Touch currently lacks a progress bar to convey the status of a download ‘it doesn’t mean it’s not working’ in the background.

Ubuntu Touch ‘version 1.0’ is scheduled for release this October. Four Nexus devices will be officially supported at launch: the Samsung Galaxy Nexus and Nexus 4 smartphones, and the Nexus 7 and 10 tablets.

Further devices will be supported by the community through the Ubuntu Touch Ports project. 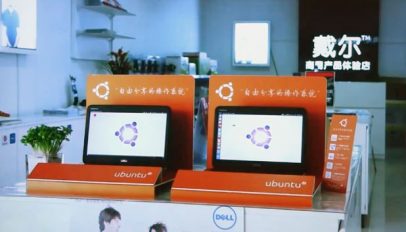 Dell To Expand Ubuntu Retail Presence in China
Read Next