The final beta of Ubuntu 13.10 has been made available for download.

It arrives just over three weeks before the formal release of 13.10 on October 17th.

Ubuntu 13.10 Beta isn’t a dramatic departure from that it succeeds as Unity 7, the desktop environment, is on course to be replaced by Ubuntu 14.10 with a new, ‘convergent’ interface based on the Ubuntu Touch interface.

With that in mind focus has been less on adding new features and more on polishing what’s already there. But that doesn’t means there isn’t anything new to play with, as we’ll now see…

The ‘flagship feature’ in Ubuntu 13.10 is the new Smart Scopes service. It supercharges the Dash with semantic search results based on whatever keyword you enter.

So, for example, searching for ‘Firefox‘ will show you the application and any files you have with that word in, but also a barrage of (potentially useful) results from various web services (Wikipedia, News, etc.).

The beginnings of the Smart Scopes Service can be traced back to Ubuntu 12.04 LTS and the inclusion of Amazon shopping results, while the full whack was due to feature in Ubuntu 13.04 – but was deemed too unstable to be included.

Development has certainly benefitted from those extra 6 months of sprucing, spit, and tuning. Results filter in quickly and seem more relevant than those offered up in earlier versions.

Ubuntu developers say that results will become more relevant as the service ‘learns’ from what users click on for a given search term.

But is the feature actually useful?

That judgement will be a personal one for you to make and will be based on how often you use Wikipedia, check the weather, or hunt for bargains.

In the meantime if you don’t like seeing music results from a certain site you can disable Scopes on an individual basis, or, if you don’t want to see anything from the web, entirely.

Ubuntu 13.10 is an important release for Canonical’s new display server technology ‘Mir’, as xMir, a ‘fallback’ for software and setups requiring an X server, ships by default on desktops using free graphics drivers.

‘Everything will continue to look and function as normal under xMir.’

Though this change may sound dramatic there is a good chance you won’t notice any difference – everything will continue to look and function as normal under xMir, with barely a negligible hit on performance.

One important thing to note is that, as proprietary graphics card drivers currently lack support for Mir, those using them will instead find their desktops ‘fallback’ to using the traditional X windowing system.

Canonical expect this situation to change by next April’s release when the X Server ‘fallback’ is set to be removed.

Whether running on xMir or regular ol’ X, Unity is running faster thanks to ongoing work in fine-tuning Compiz.

And with word that Unity 8 won’t be debuting on the desktop until Ubuntu 14.10 (originally aimed for 14.04 LTS) these tweaks will give the reprieved Unity 7 some now-needed longevity.

A new ‘keyboard applet’ has been added, aimed at making switching keyboard layouts and languages easier.

Minor visual tweaks to Ubuntu’s default theme sees the appearance of the file manager finally look like it belongs:

Finally, there are 18 new community wallpapers to choose from, and a marginally different default background.

Despite some early discussion about switching, Firefox remains Ubuntu’s web browser of choice, sitting on version 24 in this beta.

LibreOffice has been bumped up to version 4.1.1, while various system apps have been updated to their GNOME 3.8 counterparts, including Files, Disks and Rhythmbox.

Ubiquity, Ubuntu’s installer, now includes an additional step, one that allows you to configure your Ubuntu One account prior to installation.

Downloads are available for testing. The usual caveats apply here: they could be a bit dodgy, buggy and/or crash prone. Don’t install them unless you’re adept enough at fixing the fallout. 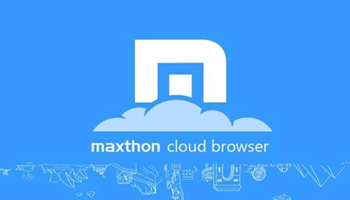 Maxthon Web Browser Is Coming to Linux
Read Next