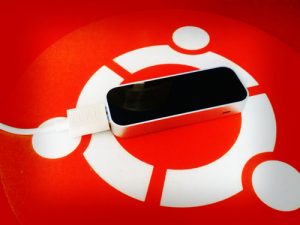 Leap Motion – the innovative gesture controller that allows for software interaction using hand movements – may not have much in the way of official Linux support (bar a buggy SDK) but 3rd party developers are continuing to hack away on it.

In the video below you can see the fruits of one developer’s work in getting the Leap to interact with the Ubuntu desktop (via X Server).

The developer, who describes the experience as “vaguely resembling that often found in Sci-Fi movies such as Minority Report.”, will be releasing his code in the next week or so to allow other Leap Motion Linux hackers to try it out.

Fingers Not Made For Pointing

The Leap Motion AirPlay store has a number of similar ‘desktop navigation’ applications for Windows and Mac. But novelty aside, are they actually useful?

My own personal experience says not.

The Leap is a super sensitive and very, very precise piece of equipment – it can accurately map as many as 10 fingers at once to 1/100mm.

And that is where the problem lies. Every jitter, shake and wobble your hand makes is picked up, making interaction with interfaces designed for pointers very difficult.

It feels slightly unnatural to do ‘pointer interaction’ in an invisible field that gives you no reference or feedback. At least in science fiction films there’s a pop-up holographic display to interact with!

The good news is that this “flaw-back” only really applies to spatial interactions needing pinpoint accuracy. Actions and commands that rely on broader gestures work best – like the ‘clenched fist’ gesture used to move a window in the Linux demo above.

Another example can be seen  in this Leap Motion add-on for Chrome: clicking buttons or selecting text fields is a pain in the proverbial backside, ‘swiping’ back and forward between pages, or ‘fanning’ up and down to scroll is easy as pie.