Dell are to more than double the number of its Chinese retail stores stocking Ubuntu-loaded laptops, Canonical has announced.

Over 1,000 of Dell’s consumer-facing outlets in China will begin selling computers loaded with the Chinese-language edition of Ubuntu 12.04 LTS over the coming weeks – up from the 400 stores that currently do so.

While the expansion is a sure sign that Dell’s Ubuntu devices are meeting with some success in China – no doubt buoyed by the government endorsement of Ubuntu Kylin as the de-facto Chinese OS – industry analysts are forecasting a steeper drop in PC sales for the country than in any other market.

Growing demand for mobile computing devices like tablets is, analysts say, to ‘blame’ for the down-turn.

In the medium term this trend could play to Ubuntu’s advantage.

China is now the biggest smartphone market in the world; China Unicom is a member of the Carrier Advisory Group for Ubuntu Touch; and the Chinese government has expressed a growing unease about a culture of Android dependence.

But, short of any firm mobile commitments in China, Ubuntu will need to pin its hope on maintaining comparatively strong sales in a market otherwise careering downwards.

Government endorsements, a burgeoning mobile app developer culture, and retail presence in 1,000 stores should all go a long way to ensuring that. 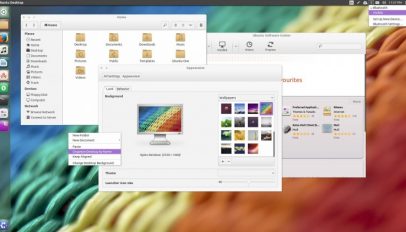